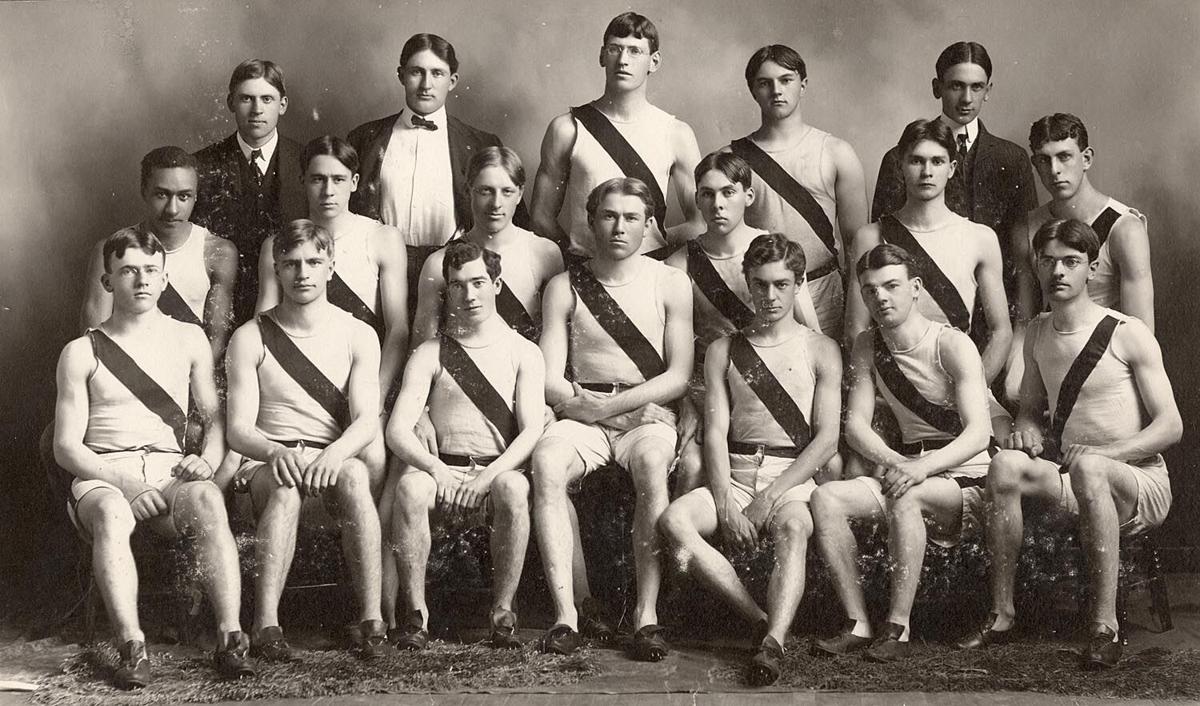 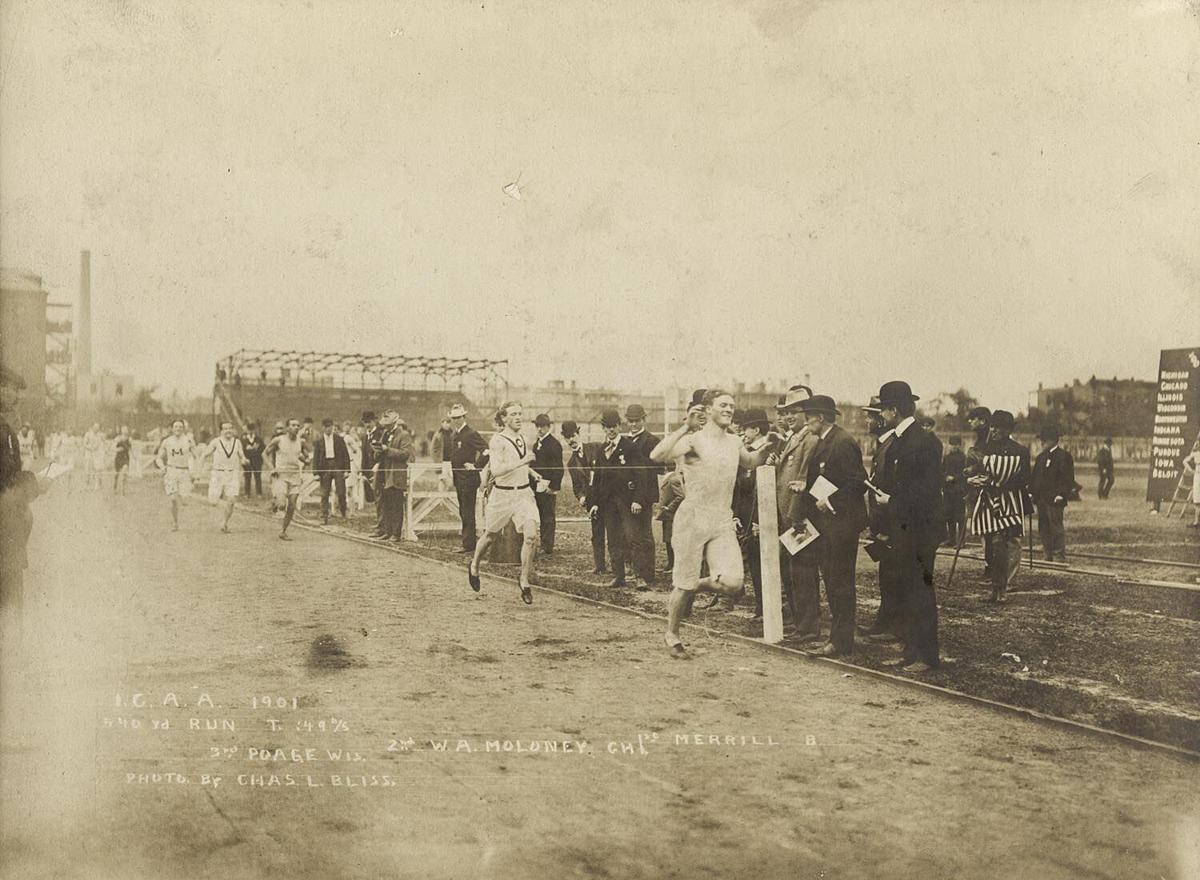 George Poage is shown in 1901 where he appears to be coming in third. Photo courtesy of the University of Wisconsin 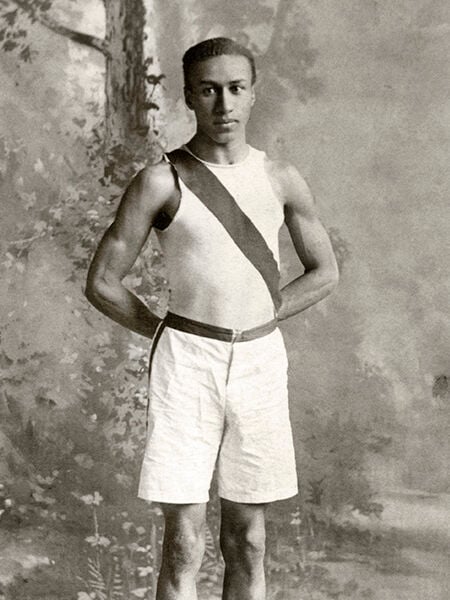 in 1904, George Poage placed first in the 440-yard dash and the 220-yard hurdles, making him the first African American champion in Big Ten Conference. Photo courtesy of the University of Wisconsin

MADISON, Wis. — With the Tokyo Summer Olympic Games underway, the University of Wisconsin is celebrating an alumni who made history 117 years ago.

George Coleman Poage was the first African American to win an Olympic medal after winning two in track at the 1904 Olympic games.

Poage’s family moved to La Crosse, Wisconsin, in 1884, when he was 4 years old. When his father died a few years later, the Poages moved into the home of Mary and Lucian Easton, his mother’s employers. The Eastons encouraged Poage’s education, and he fully embraced access to books in their home’s library.

Poage soon demonstrated superior academic and athletic skills. He was the best athlete at La Crosse High School, and he graduated second in his class, becoming the first African American to earn a diploma there.

While working on a history degree at the University of Wisconsin, he ran short sprints and hurdles for the varsity track team. His enrollment in graduate-level courses allowed him to continue to compete, and in 1904, he placed first in the 440-yard dash and the 220-yard hurdles, making him the first African American champion in Big Ten Conference track history.

The accomplishment caught the eye of Milwaukee Athletic Club members, and they sponsored him at the 1904 Olympic Games in St. Louis. The games faced a boycott over segregated facilities for spectators, but Poage decided to compete, earning bronze in the 200-meter and 400-meter hurdles.

But Poage’s star faded quickly during the Jim Crow era, when job opportunities were limited. He taught briefly at a segregated school, and then moved to Chicago, where he worked quietly as a postal clerk for almost 30 years. He died in 1962.

In 1913, a La Crosse newspaper described Poage as “perhaps the greatest track athlete that was ever developed in this city.” The city honored his legacy by renaming a park in his honor in 2013 and unveiling a sculpture of Poage there in 2016.

There have been nearly 130 Badger Olympians since 1904, including 14 this year.