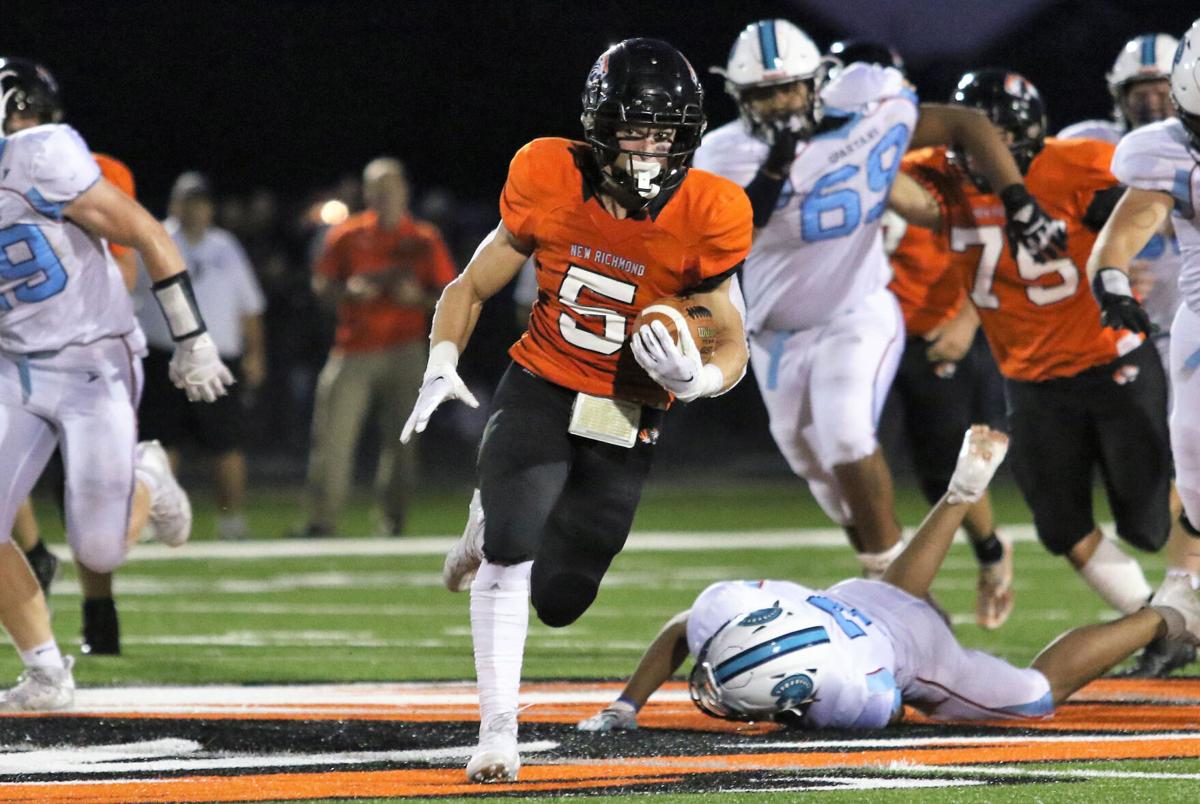 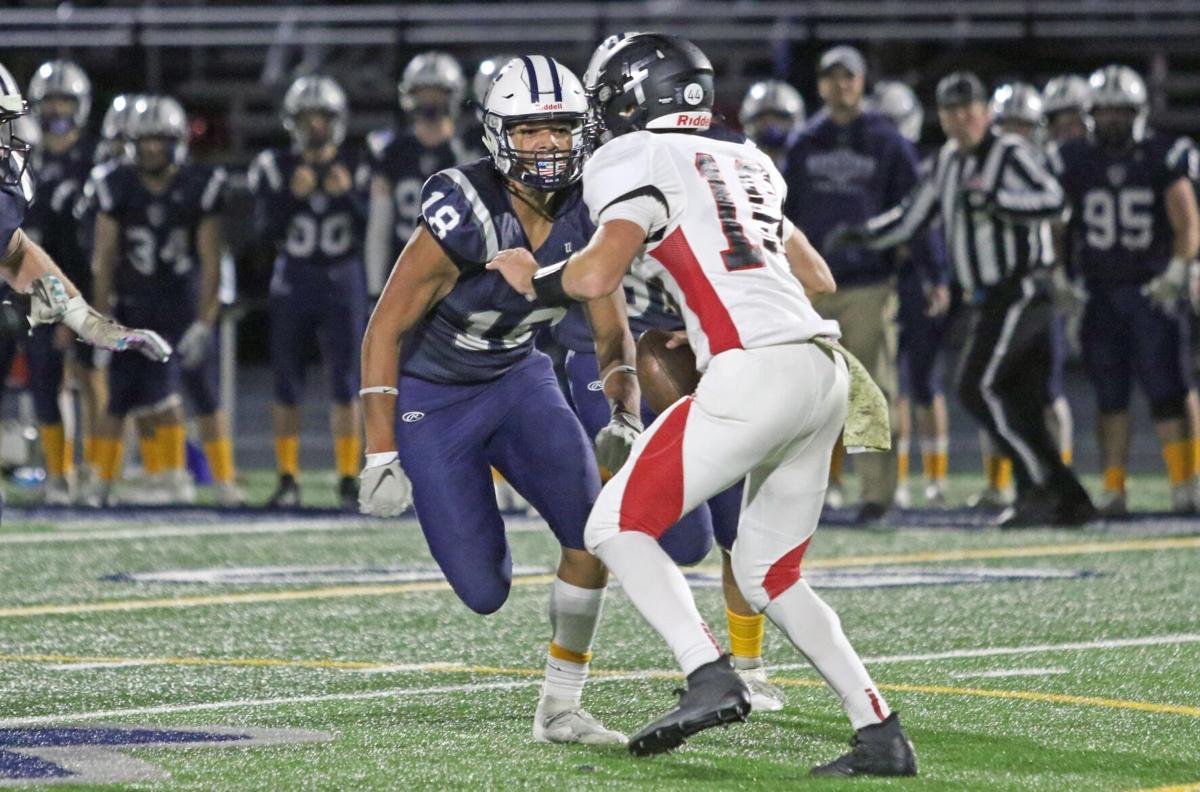 Big Rivers Conference football coaches were well aware of Hudson linebacker Evan Tyler’s dominating presence on the Raider defense this season. And last week they named him the BRC Defensive Player of the Year.

Tyler was one of nine Hudson players and seven New Richmond Tigers honored with selection to the 2021 All-BRC first and second teams by the conference coaches.

Tyler, a senior linebacker, compiled 68 total tackles in 10 games this season, including 50 solo stops. Ten of his tackles were for losses and he registered five sacks while scoring one touchdown on a fumble return.

Senior wide receiver Alex Belongia of Rice Lake was selected as the BRC Offensive Player of the Year.

“The players who were voted by the coaches in the league as first or second team all-conference are very well deserving of the award,” Hudson coach Adam Kowles said. “As always, we had some players who I thought were all-conference calibur that didn't make the all-conference team, but that doesn't diminish the job those players did all year and the work they put in to help the team.”

In addition to being honored for their play on the field, Hudson’s Warner, DuCharme, Marnell and Hasapopoulos are four of 12 Raiders to receive Academic All-State honors, along with New Richmond’s Unger, from the Wisconsin Football Coaches Association.

In order to receive Academic All-State honors, players must be a senior letterwinner and maintain at least a 3.75 grade point average.

“I couldn't be more happy for the many senior players who were named to the academic all-state team,” Kowles said. “I don't know if people realize how difficult it is to do that well academically while still competing at a high level on the field. These players do an outstanding job on the field and in the classroom.”

In order to qualify for Team Academic All-State honors, teams must have a minimum of five senior letterwinners who average a cumulative GPA of 3.33. St. Croix Central’s 14 seniors had an average GPA of 3.586.