In its first two Mississippi Valley Conference games of the season, the River Falls football team was doing much of its damage through the air. Friday night at home against La Crosse Central, the ground game stole the show.

Wildcat quarterback Vito Massa still threw two touchdown passes, giving him a total of 14 on the season. But Friday night the Cats ran for 298 yards, including 235 from Cole Evavold, in their 42-14 win over the RiverHawks. 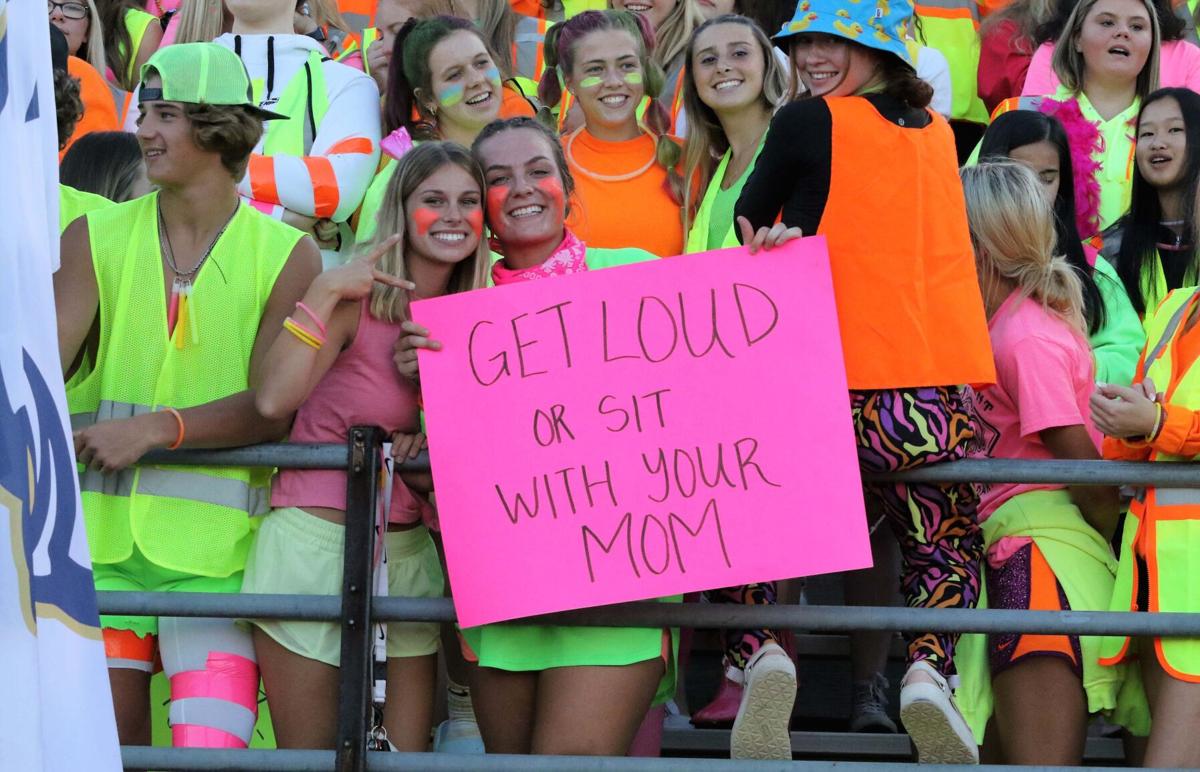 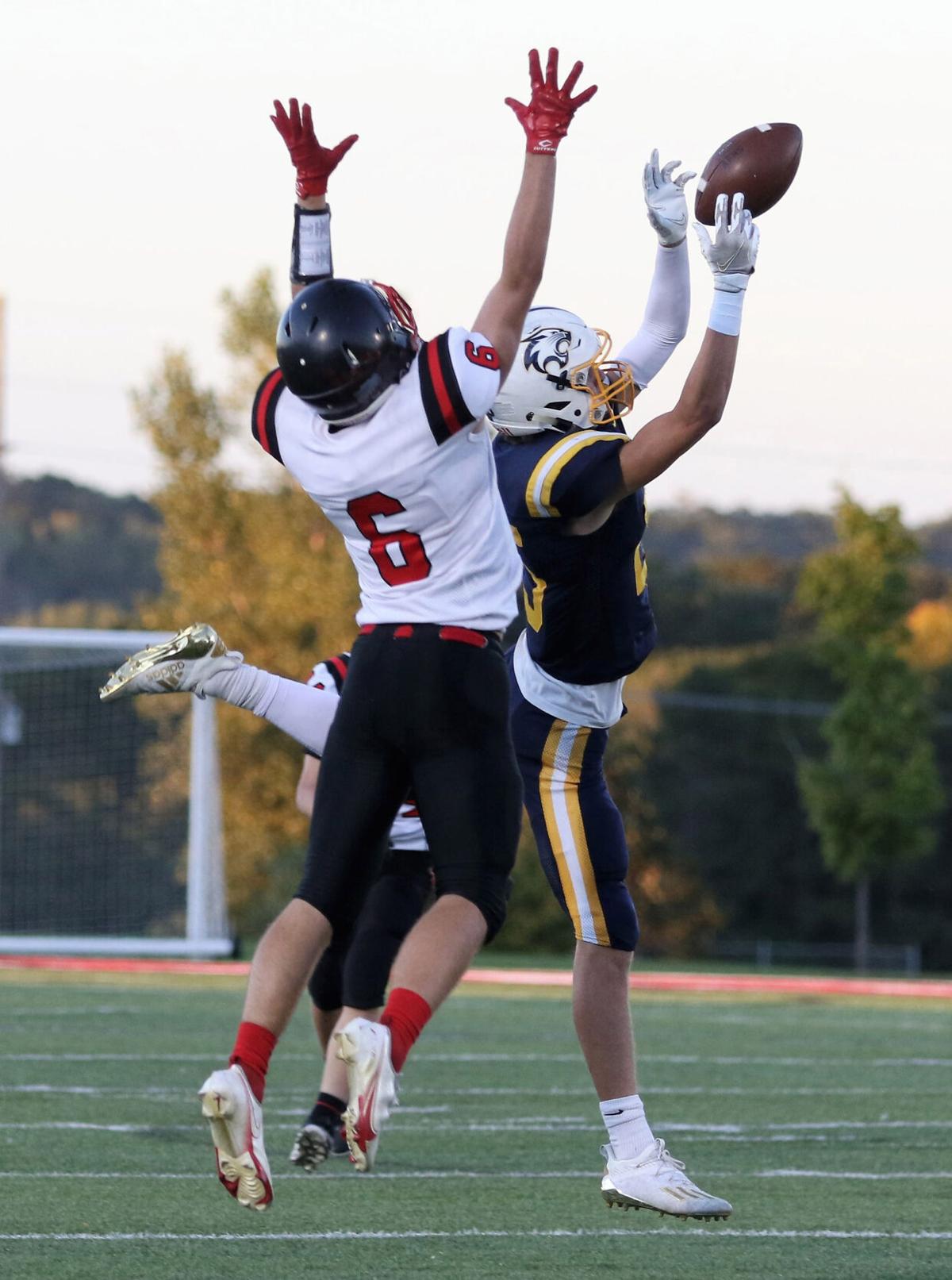 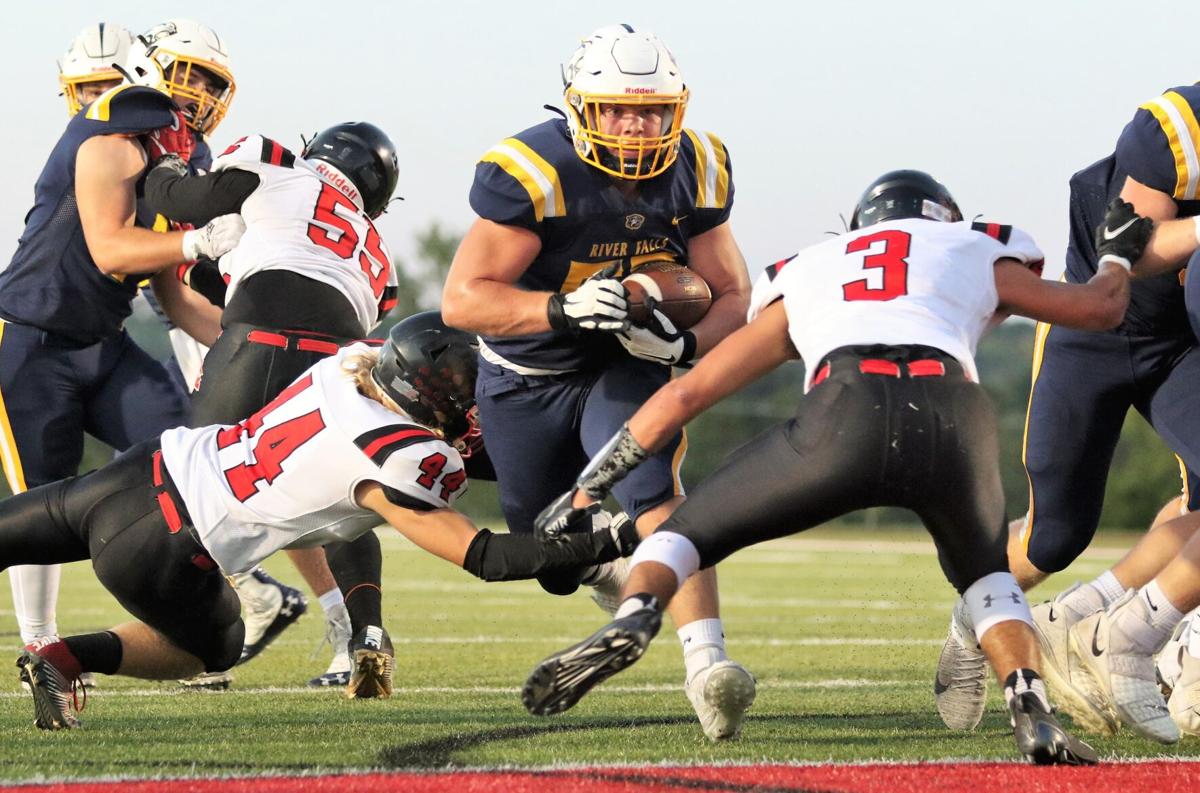 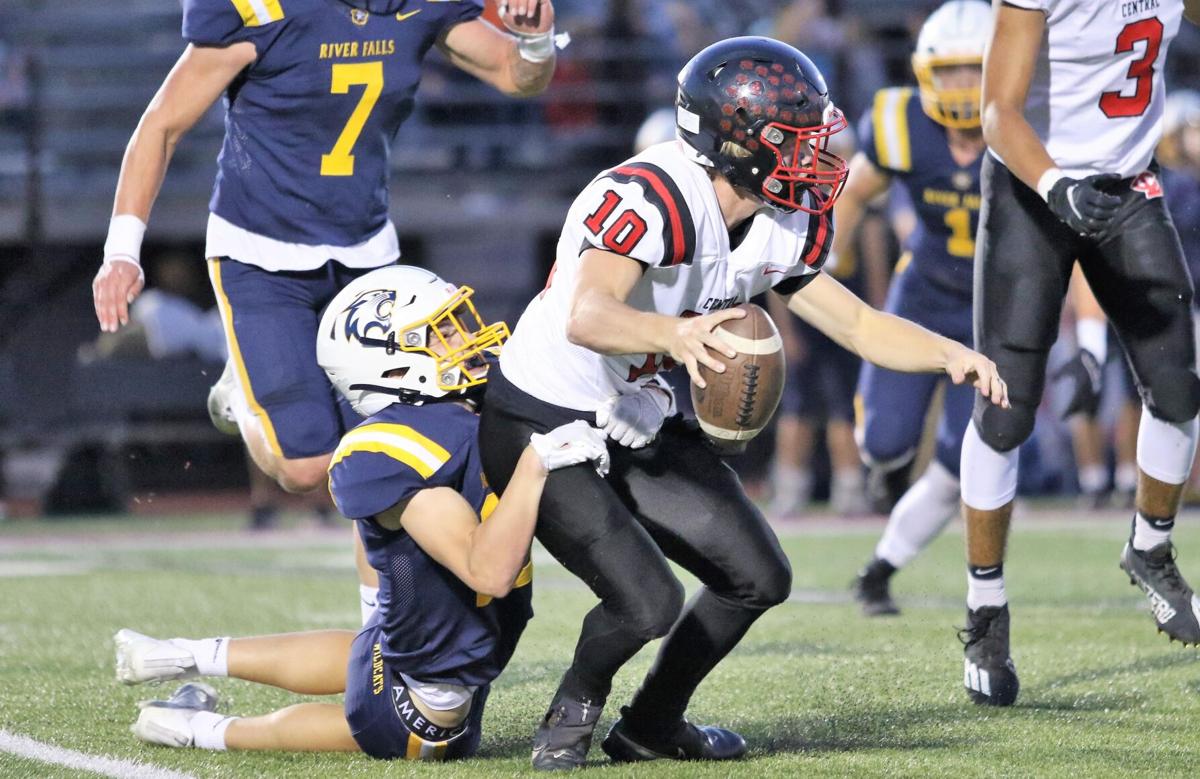 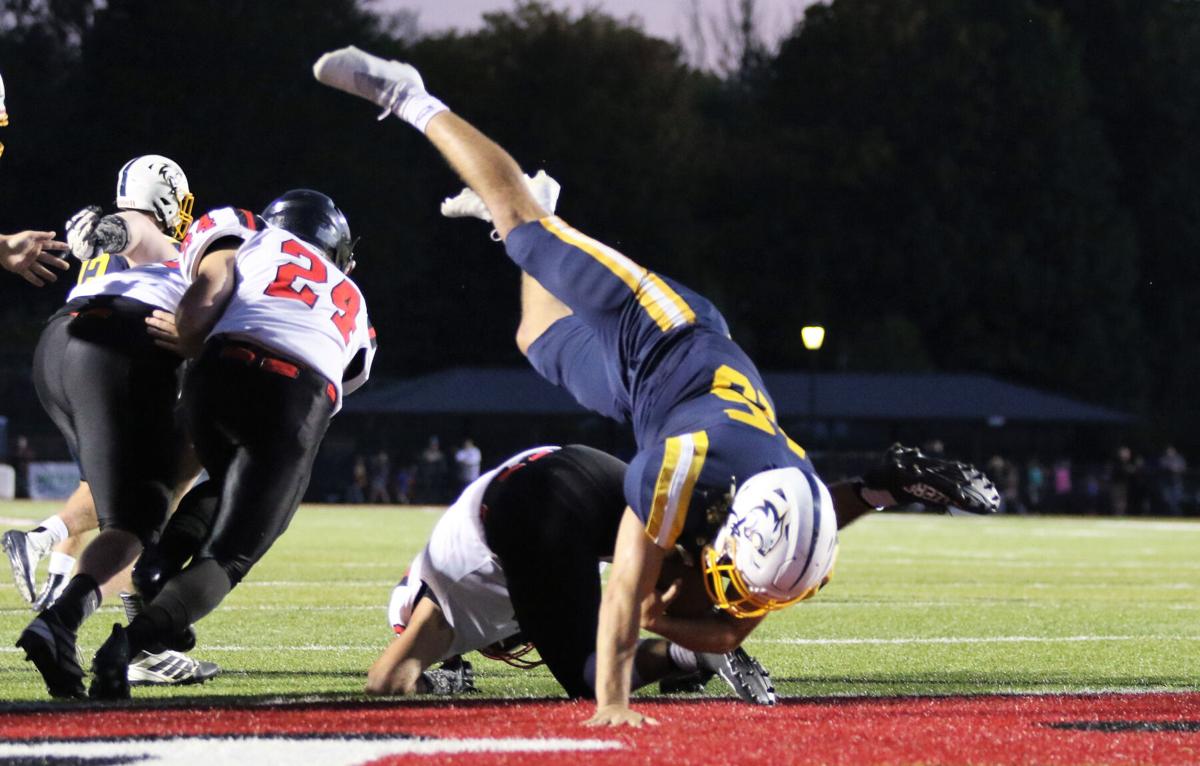 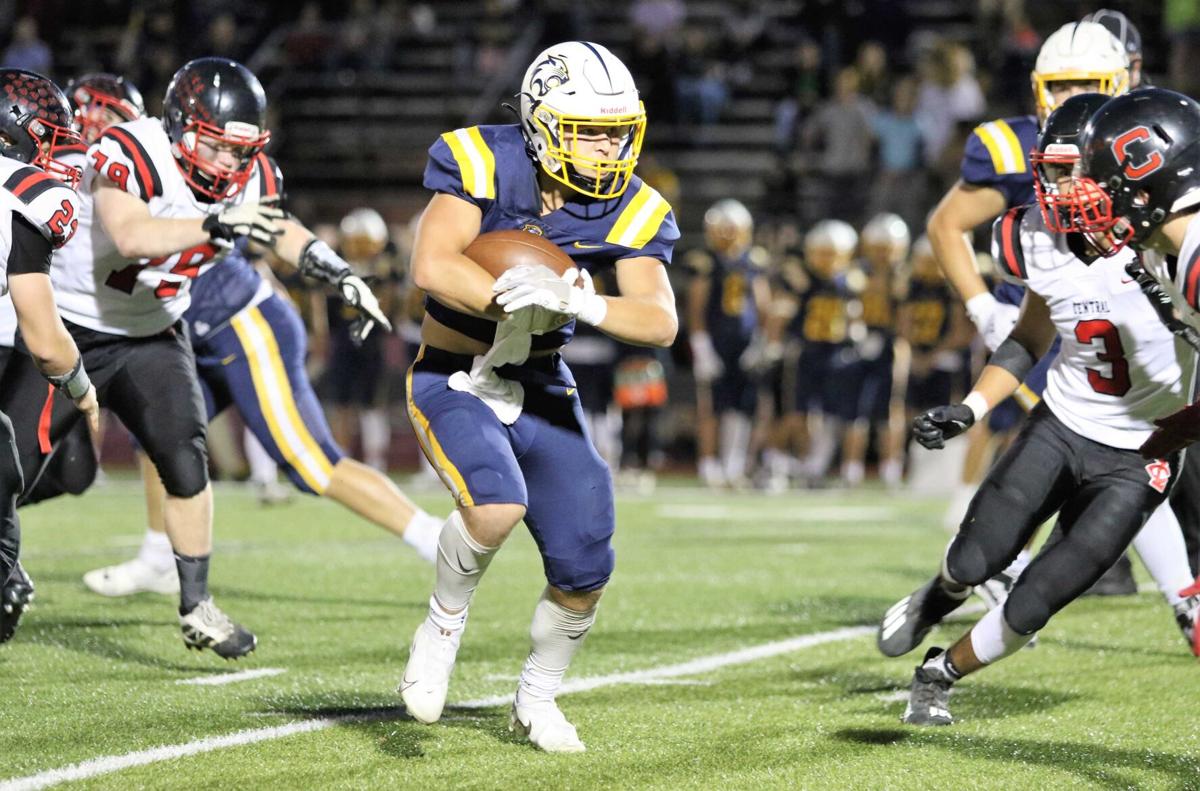 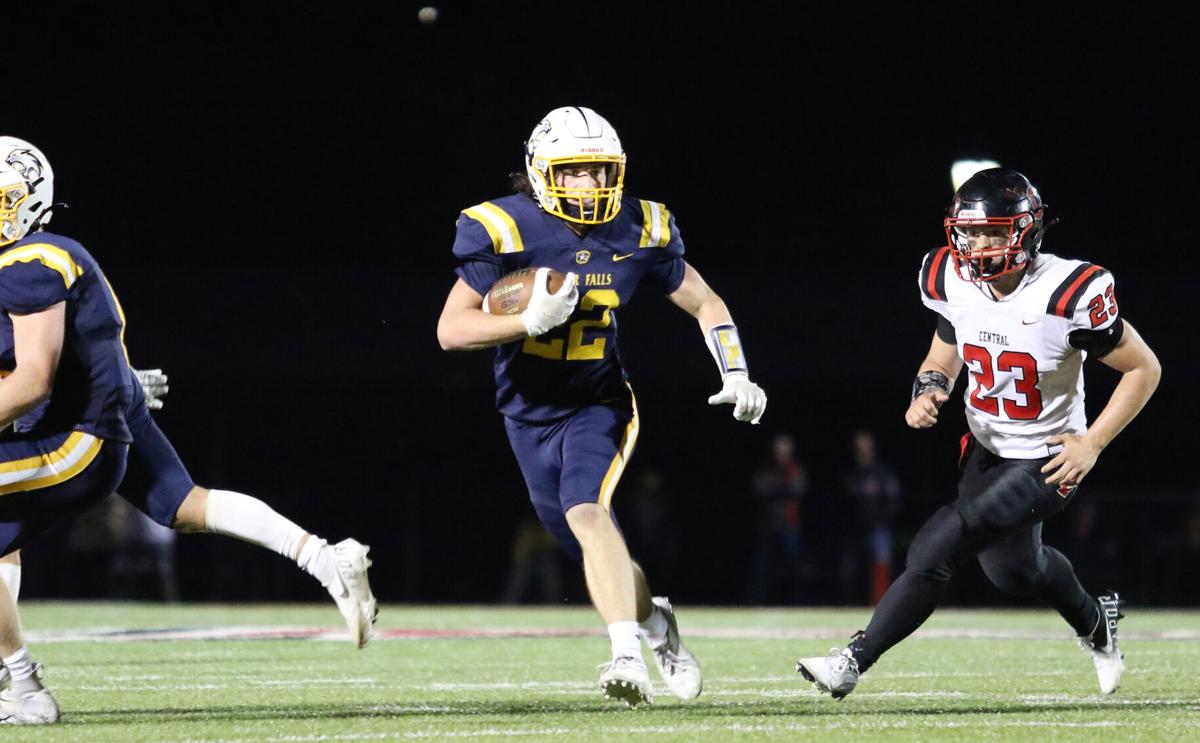 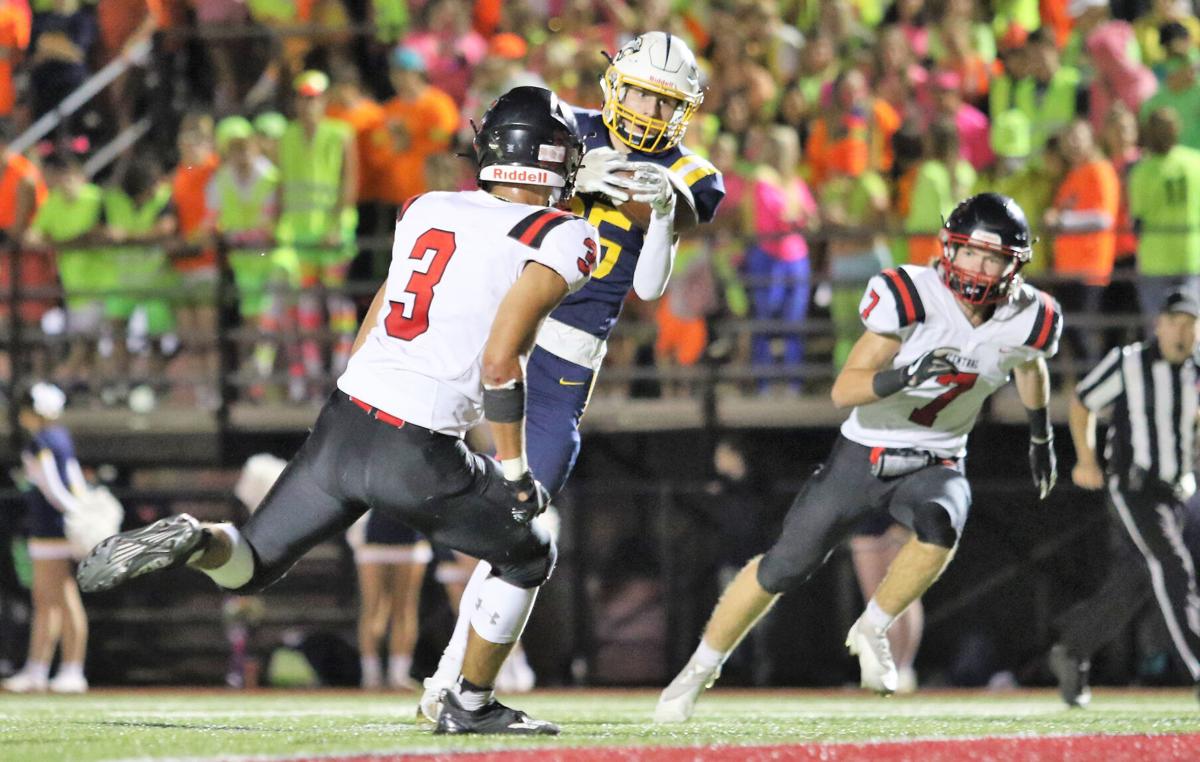 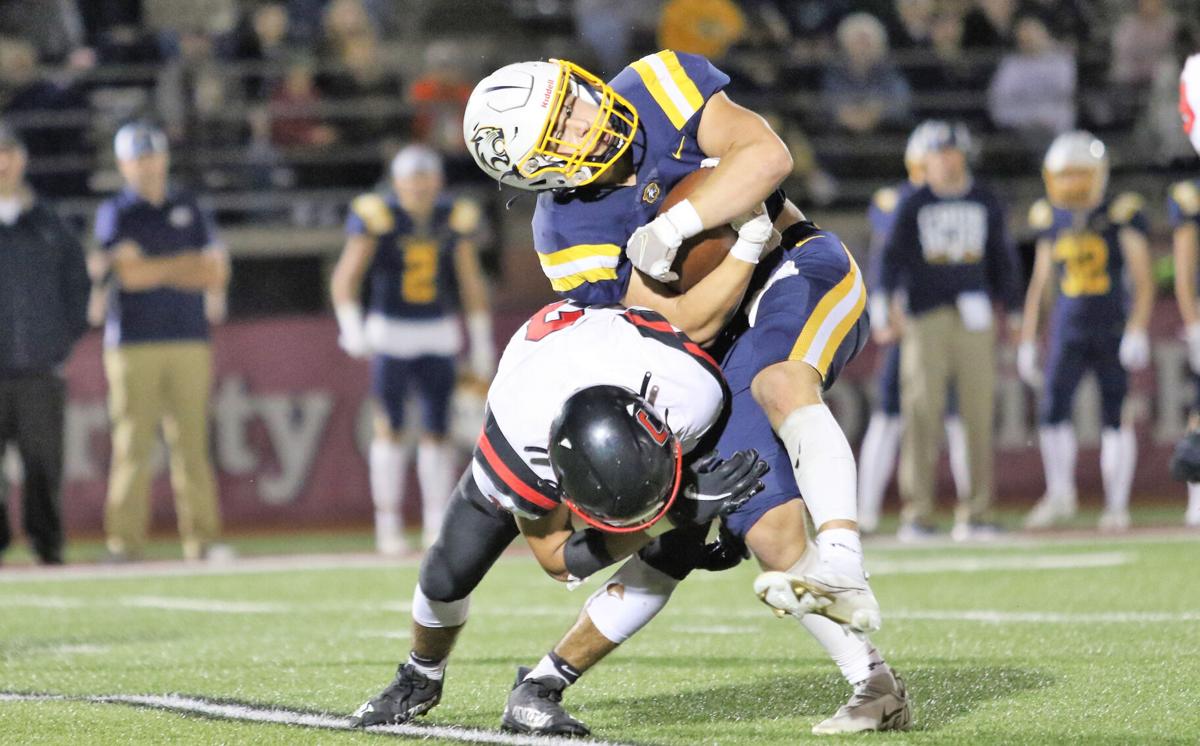 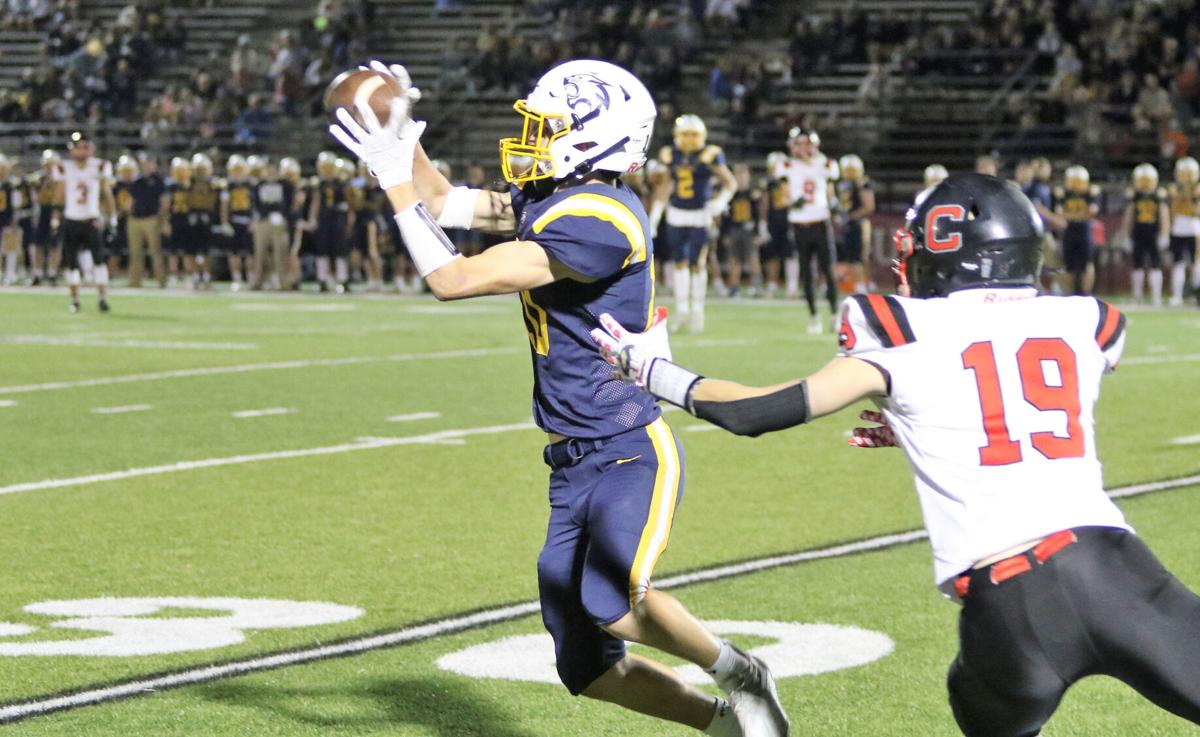 River Falls coach Ryan Scherz said it’s all a matter of taking what other teams give you.

“We've been successful running the ball, but teams have really made a decision to try to stop the run, and that's why we've had a lot of success in the pass,” he said. “Today, they were keeping their safety corners deeper, and, and our O-line has really been doing this all year. And now it's just getting better.”

Scherz said the Riverhawks were committed to shutting down Wildcat tight end Ethan Campbell, who caught three of Massa’s four touchdown passes in the Cats’ 35-20 victory over Holmen a week earlier. Campbell was held without a catch Friday night, but Massa still found wide receiver Michael Schurman for touchdown strikes of 18 and 16 yards, and the Wildcats simply wore the Riverhawks down on the ground, averaging 7.6 yards per carry while producing four touchdowns.

Evavold did much of the heavy lifting, carrying the ball 23 times for 235 yards and two touchdowns. After Massa hit Schurman for an 18-yard touchdown on the opening drive of the game, Evavold carried the ball three straight times from midfield on the Cats’ next possession, ending with a 42-yard touchdown run to make it a 14-0 game less than nine minutes in.

Evavold broke free for a 71 yard run on the first play of the second quarter down to the Riverhawk six, and two plays later Tyler Haydon dove over from the one-yard line to increase the River Falls lead to 21-0.

Central got a 70-yard pass play for a touchdown midway through the second quarter but Massa and Schurman hooked up for their second touchdown, from 16-yards out, to make it a 28-7 game at halftime.

Wyatt Bell recovered his second fumble of the game early in the third quarter, leading to a 2-yard touchdown run by Evavold. La Crosse Central got another touchdown pass on the first play of the fourth quarter, and after their onside kick attempt went out of bounds, Evavold ran over a Riverhawk defender in the open field on his way to a 24-yard gain, setting up a two-yard keeped by Massa to make the final 42-14.

Massa completed 7-of-10 passes for 106 yards while Haydon contributed 43 yards on nine carries on the ground. In addition to Bell’s two fumble recoveries, Jack Hirstein had an interception and a sack while defensive lineman Eddie Loesch was in the Riverhawk backfield all night.

The victory moved the Wildcats to 3-2 overall, but more importantly put them at 3-0 in MVC play and tied for first place with West Salem. River Falls will travel to La Crosse Logan Friday, Sept. 24 before hosting West Salem the following week.

Scherz said no matter who the Wildcats are playing, they approach every game the same way.

“We just want to play up to our standard all the time, no matter who shows up,” he said.