Going into its WIAA playoff opener Friday night against La Crosse Central, River Falls knew it wasn’t going to see the same River Hawks team the Wildcats beat 42-14 during the regular season. And they were right.

But it didn’t take long for the Cats to make some adjustments, and once they did they scored 29 unanswered points to post a 29-6 victory. 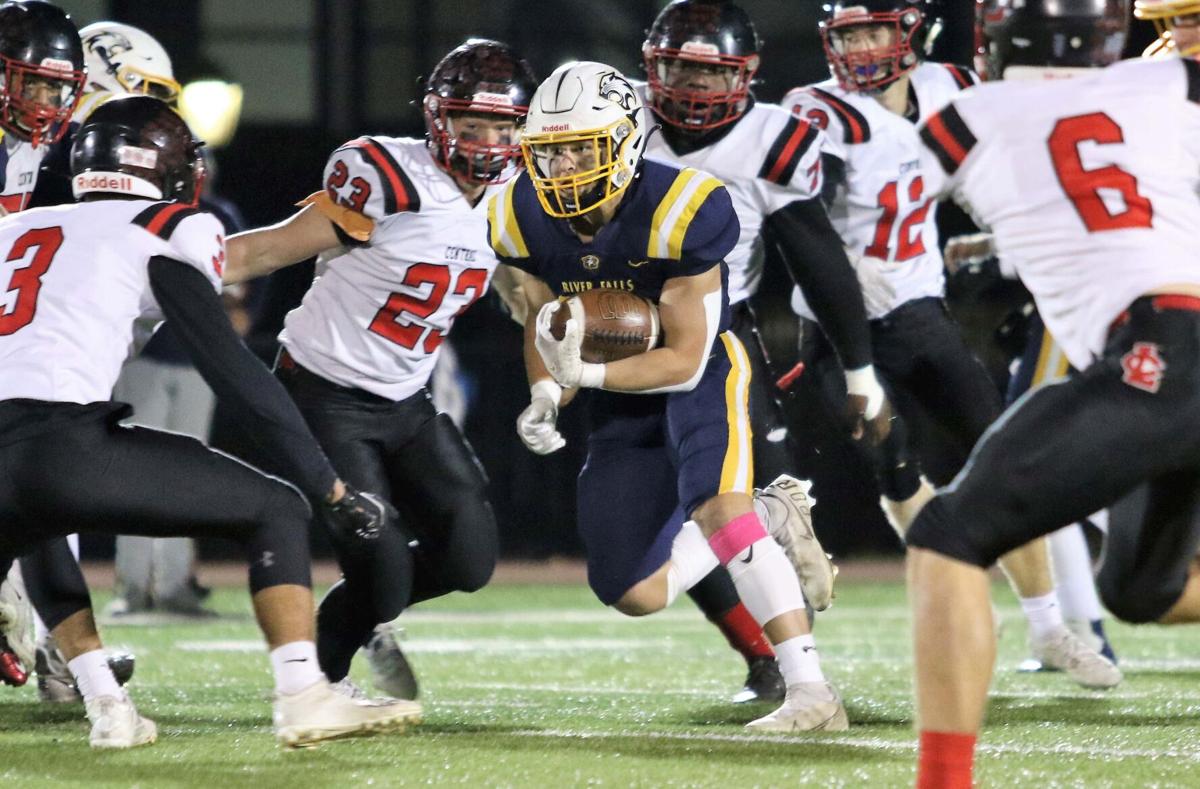 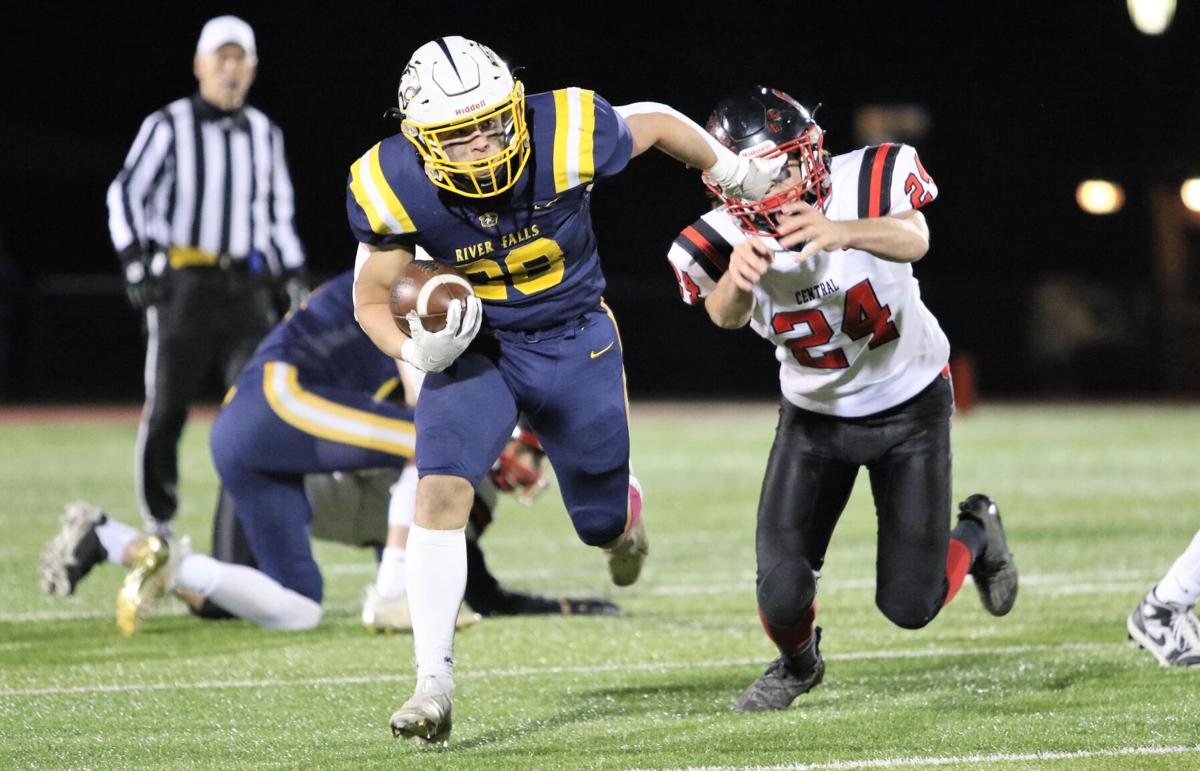 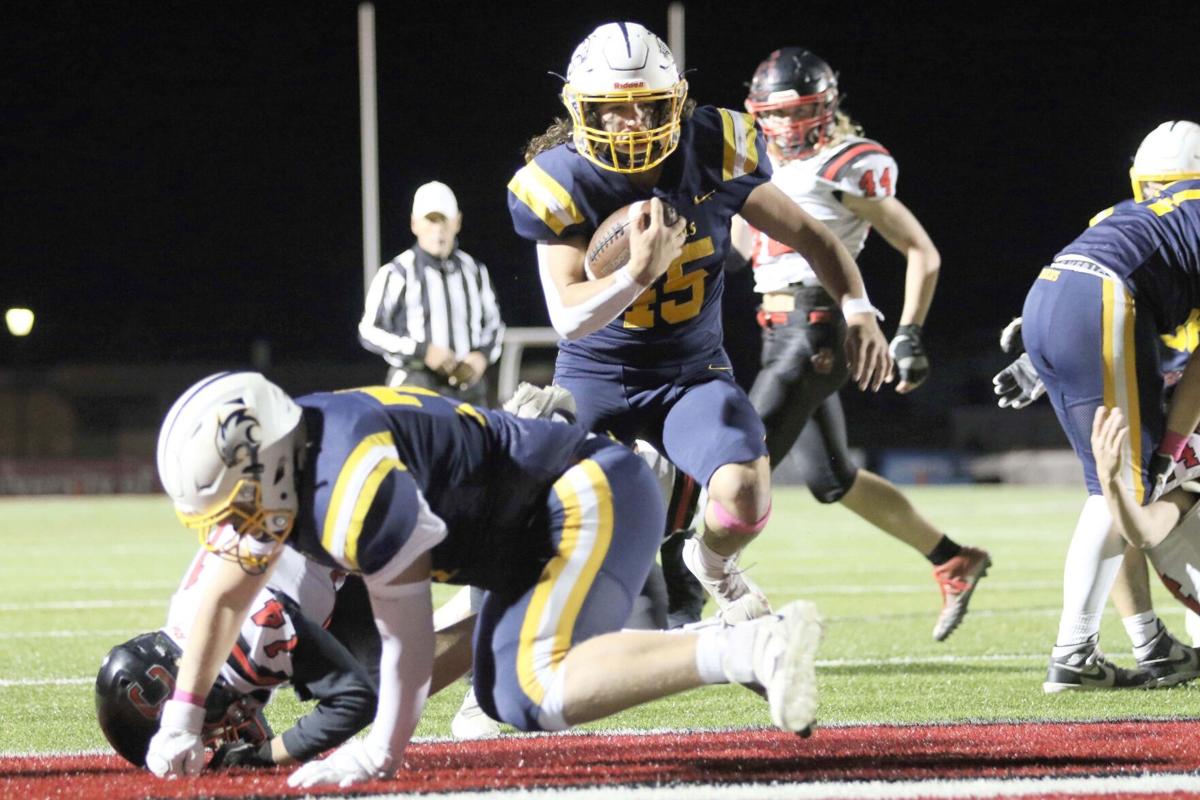 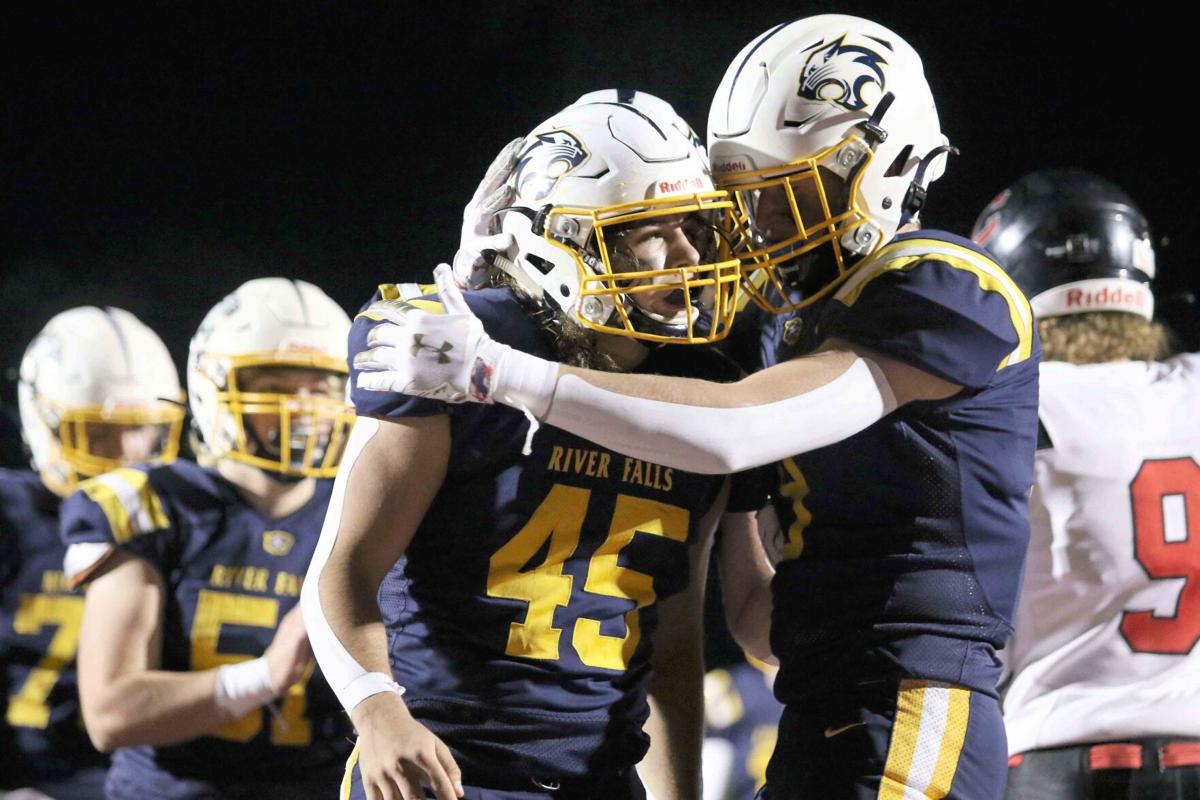 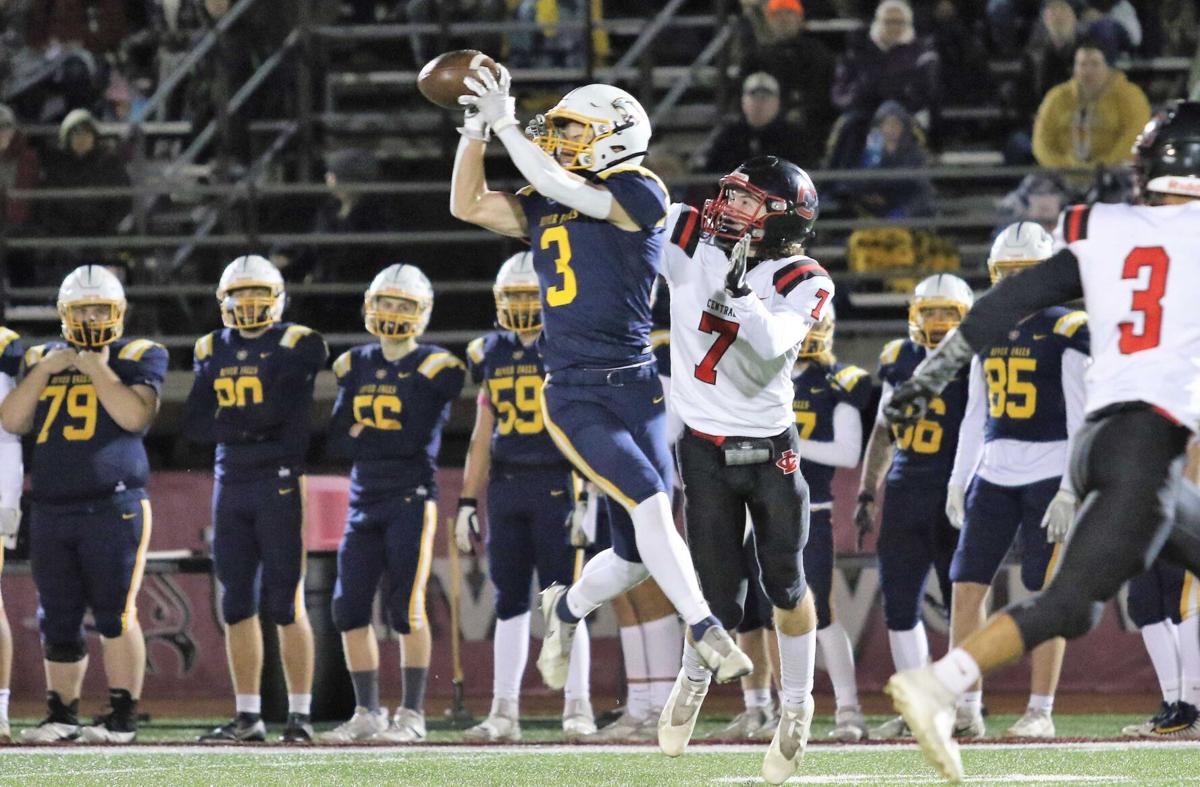 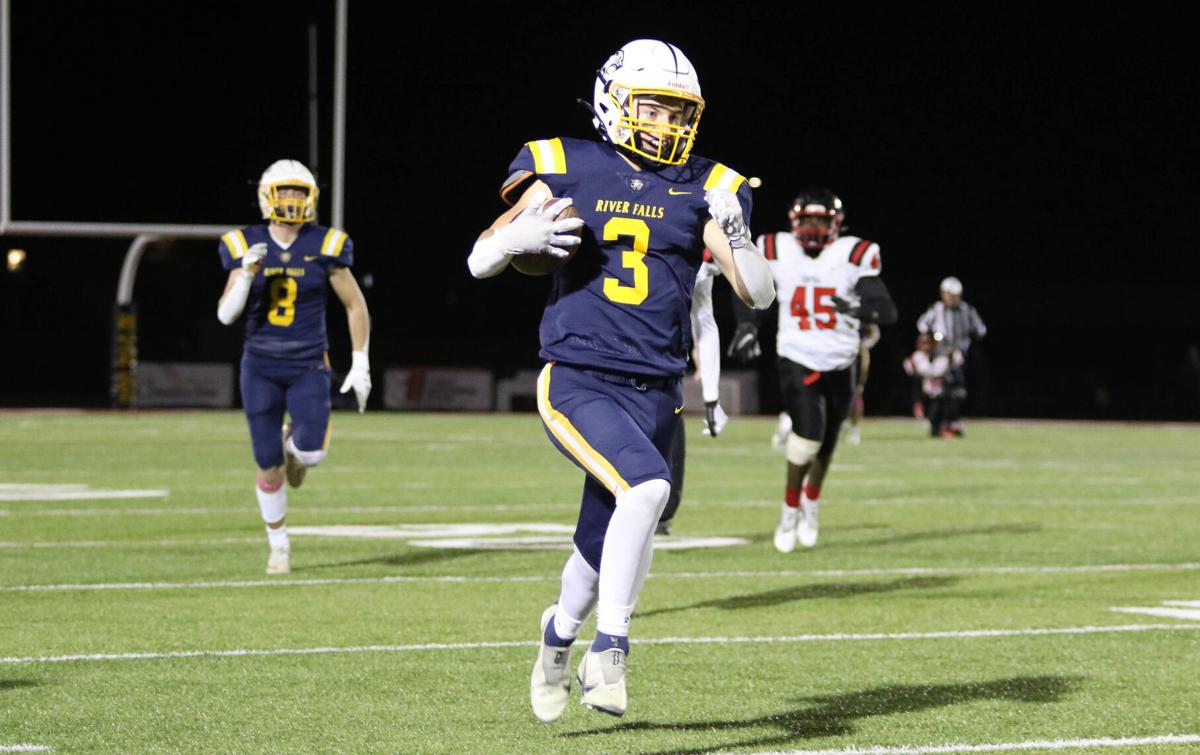 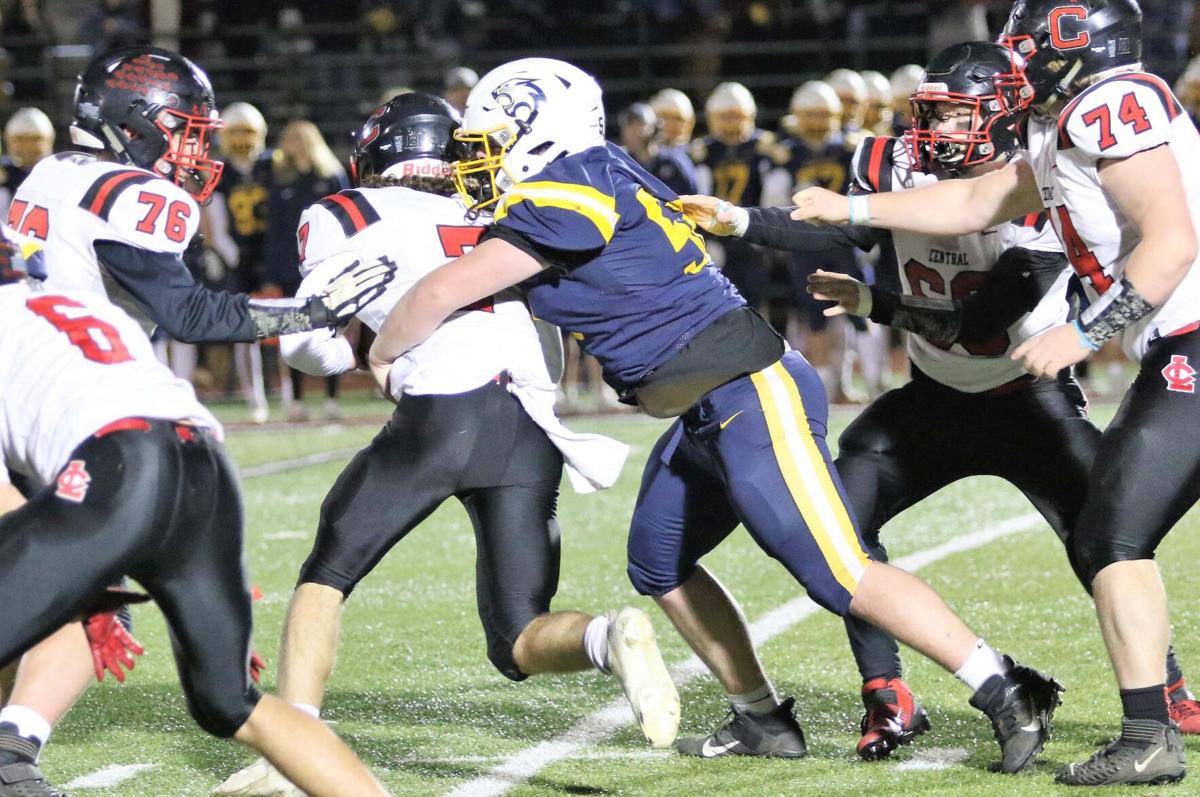 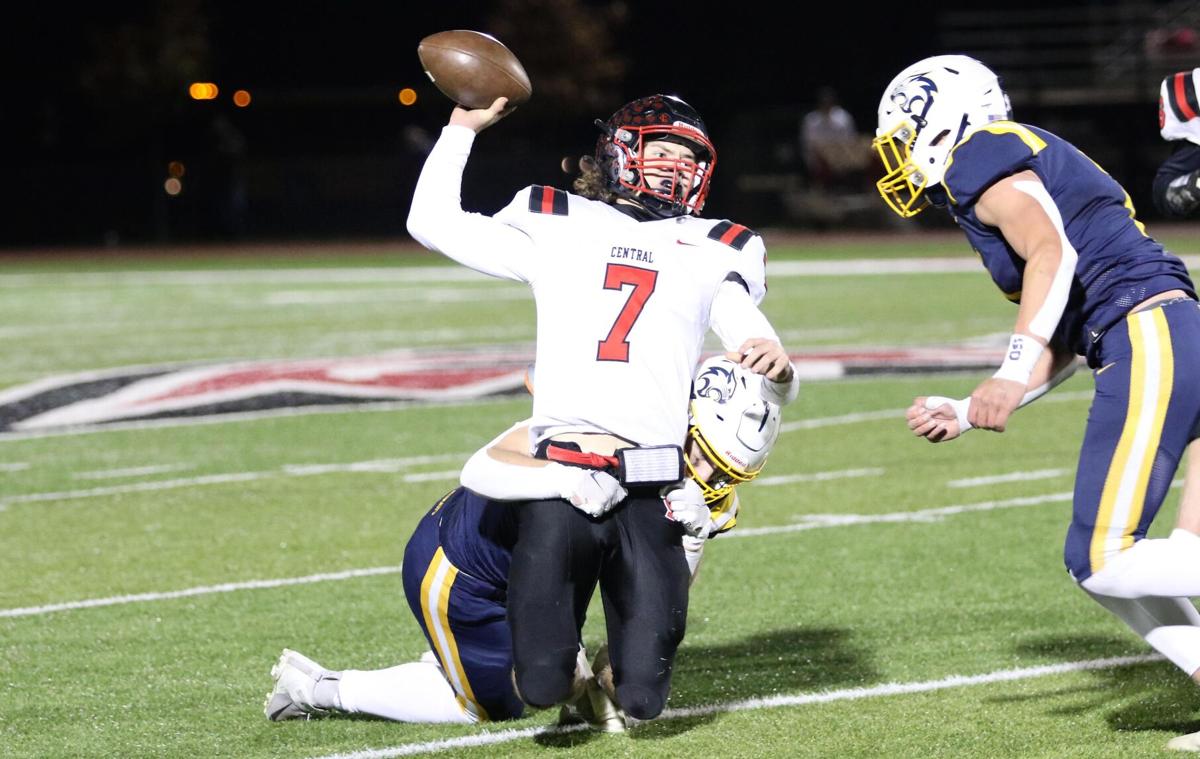 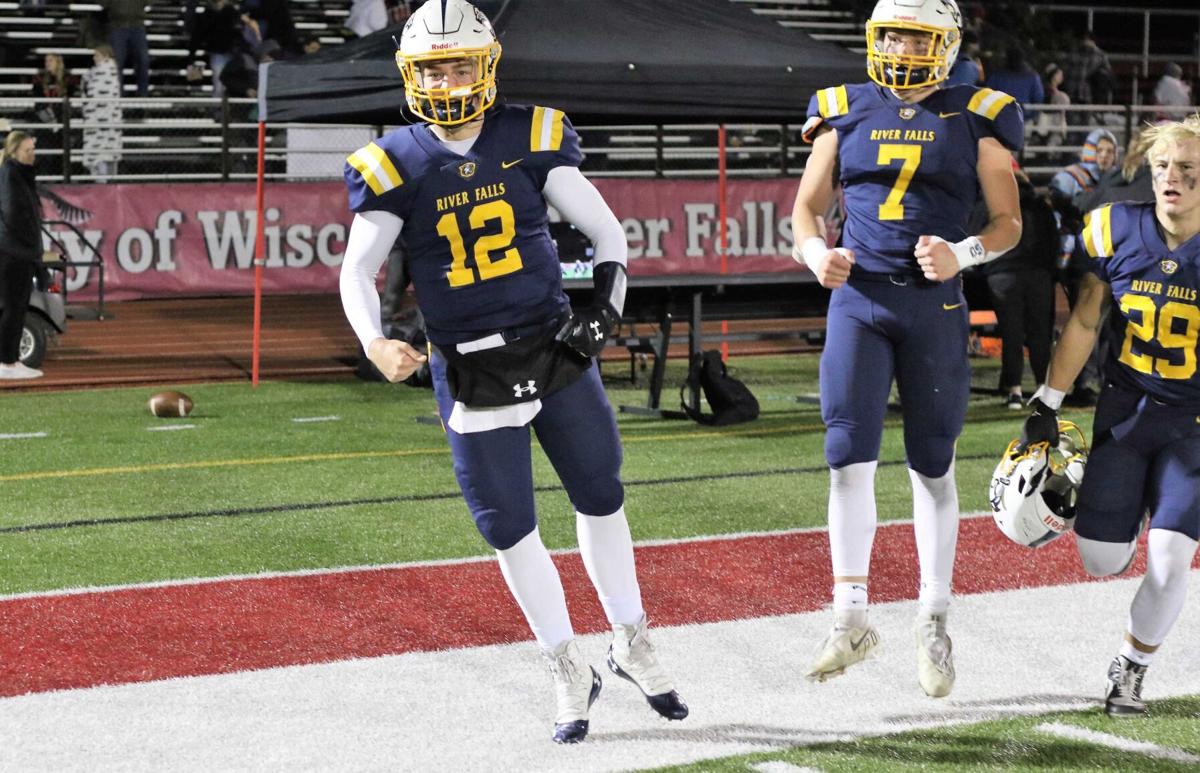 “We had a game plan going in against a certain front and they played something else,” Wildcat quarterback Vito Massa said. “But two minutes of talking about it on the sideline and we were back to where we usually are.”

Where the Wildcats usually are is pounding the ball behind their dominant offensive line, chewing up clock, and wearing other teams down. After a wobbly start, that plan worked to perfection with Tyler Haydon capping a pair of long scoring drives with 2 and 1 yard touchdown runs and Cole Evavold scoring from 2 yards out.

“The offensive line is the beating heart and the core of our team,” head coach Ryan Scherz said. “They never have a bad day, and when you can lean on that you’re in a pretty good spot as an offense. You just have to be patient.”

That patience paid off Friday night. After punting, turning the ball over on downs, and committing three penalties in the first quarter, the Wildcats fumbled the ball away to the River Hawks on the first play of the second quarter before getting the ball back on downs.

After another River Falls punt, La Crosse Central got a big play from midfield down to the Wildcat four-yard line, and River Hawk quarterback Mason Herlitzke kept it on a 4-yard keeper to put La Crosse up 6-0 after the missed extra point with six minutes left in the half.

But any momentum the River Hawks had quickly disappeared when Wildcat junior Jordan Karras returned the ensuing kickoff 85 yards for a score and Aleck Ross added the extra point to give the Wildcats a 7-6 lead.

“The kickoff return really changed everything,” Scherz said. “It changed the momentum.”

Massa was just happy to see Karras show off his speed.

“Dude’s really fast,” Massa said. “He just hasn’t had the opportunities this year to show it. So it was great to see him fly around and the guys fed off of it.”

The Wildcat defense came up big by forcing a River Hawk fumble later in the half and Michael Schurman fell on the ball near midfield, leading to a 2-yard touchdown run by Haydon. Ethan Campell turned a botched snap into a two-point conversion run and the Cats had a 15-6 lead at the break.

“Our defense played phenomenal the whole game, and it gave us time to get our feet under us on offense and do what we normally do,” Scherz noted.

The Wildcats went on to limit the River Hawks to just four possessions in the second half while the defense came up with four sacks, including three straight by Haydon, Eddie Loesch and Cade Myszewski midway through the fourth quarter.

Haydon scored his second touchdown, from a yard out, four minutes into the fourth quarter, and after Haydon broke free for a 67-yard run on the Wildcats’ next possession, Cole Evavold bulled over from two-yards out with 1:17 remaining to make the final 29-6.

Haydon, who was primarily a linebacker before this season, said he remains a defensive player at heart.

“That’s really what I love,” he said. “But every time I get a chance to carry the football, that’s always fun too.”

The victory sends the fourth-seeded Wildcats, now 8-3 overall, into a Level 2 playoff game against the top-ranked Division 2 team in the state– Waunakee. Waunakee is 10-0 after beating Marshfield 54-14 in its playoff opener Friday night.

Scherz said the Wildcats will have their work cut out for them, but will lean on the experience gained in a 21-6 loss to Sun Prairie during the regular season to motivate them. The Wildcats stayed within one point of Sun Prairie, who was ranked second in the state in Division 1 at the time, until midway through the fourth quarter.

“I think we have to be fully motivated in practice this week and understand that we have a pretty big task ahead of us,” Scherz said. “But this is why we went down and played Sun Prairie, so that we would be in a position to feel confident to be playing a team as good as Waunakee is. We just need to have a great week of practice and do what we do.”