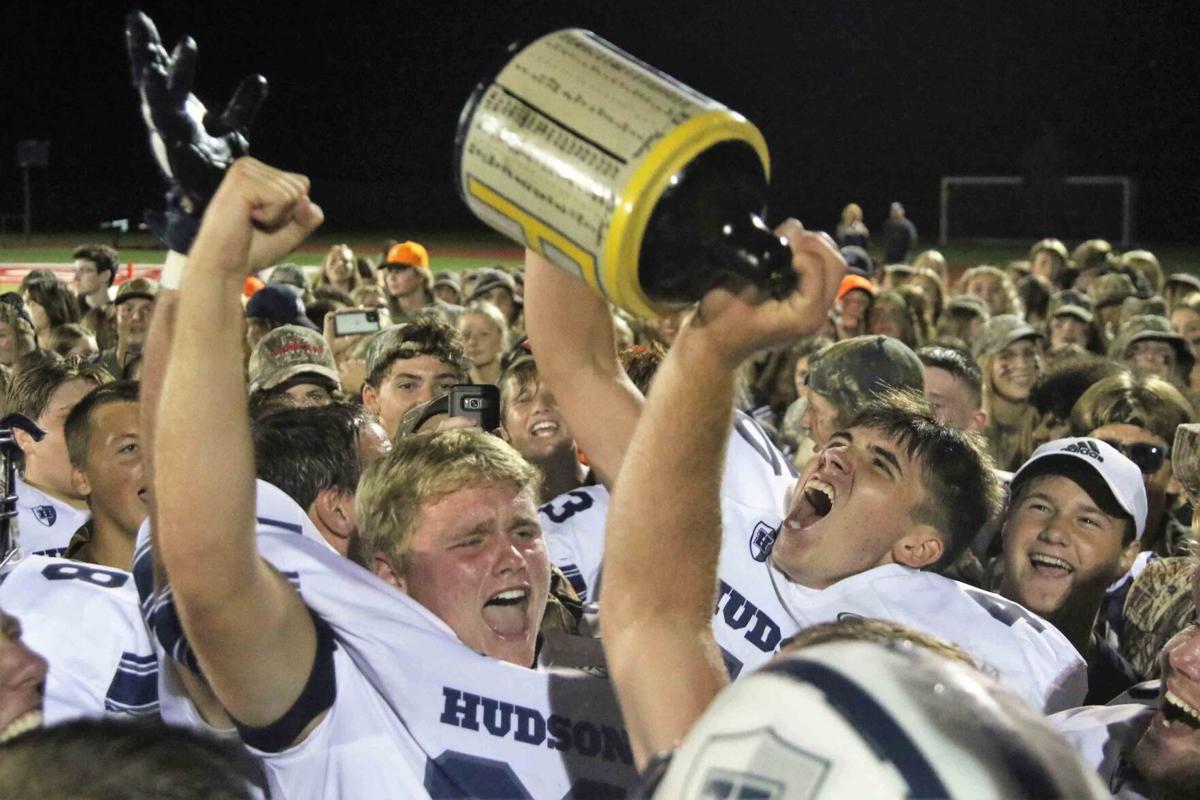 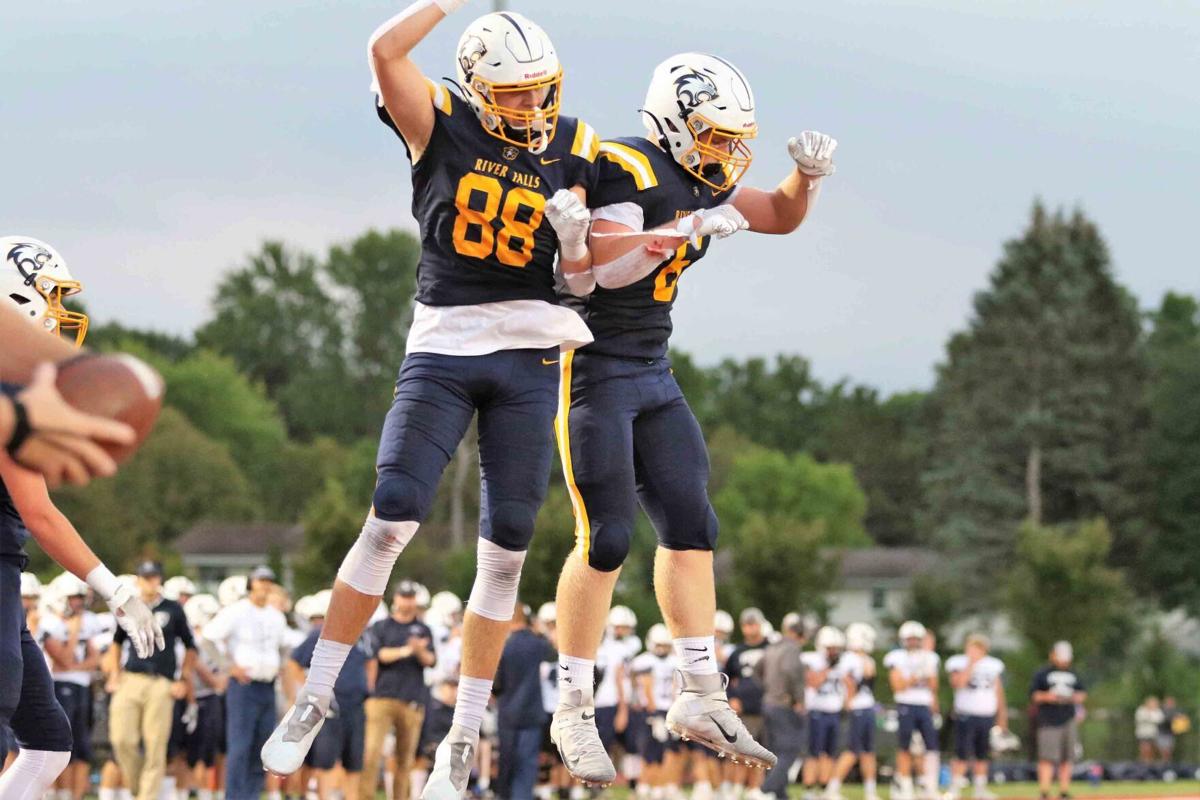 River Falls’ Ethan Campbell (88) and Cade Myszewski (6) celebrate after Campbell caught an 11-yard touchdown pass from quarterback Vito Massa in the second quarter of the Little Brown Jug game in River Falls Friday night, Aug. 27. The Wildcats made the 2-point conversion to tie the score 14-14, but Hudson got a 30-yard field goal with three seconds remaining in the game to pull out a 29-28 victory. Bob Burrows / Star-Observer photo

This story will be updated.

There have been a lot of memorable games in the 104-year rivalry between River Falls and Hudson, and Friday’s night’s game at David Smith Stadium is right up there with the best.

Hudson’s Alex Muenich kicked a 30-yard field goal with three seconds on the clock to give the Raiders a 29-28 victory over the Wildcats and keep the Little Brown Jug in Hudson for another year.

But Hudson used a heavy dose of the elusive Troy Bounting to move from their own 35 to the Wildcat 13, and after an incomplete pass in the end zone from the Wildcat 13-yard line, Muenich stepped up and split the uprights with three seconds left to give the Raiders a 29-28 lead.

But River Falls wouldn't go away easy, and after the Cats fell on the Raiders’ squib kick near midfield, Massa’s desperation pass was hauled in by Ethan Campbell near the 10-yard line, setting up a series of laterals that ended with the Raiders falling on the loose ball near the 20 to seal the win.

Hudson struck first when Bounting took a pitch from a yard out after quarterback Carter Mears had broken free for a 37-yard gain on the Raiders’ opening drive. River Falls answered with a 76-yard drive, ending with a 13-yard touchdown pass from Massa to Michael Schurman. But a missed extra point kept it a 7-6 game.

Hudson extended its lead to 14-6 on the first play of the second quarter when Mears hit Bounting for a 54-yard touchdown, but River Falls came right back when Massa found Campbell in the end zone for an 11-yard touchdown. Evavold converted the two-point run and the score was tied 14-14.

The Raiders put together an 80-yard drive on the ensuing possession, ending with a 21-yard touchdown run by Jaidan Warner. But River Falls’ Wyat Bell blocked the extra point to make it a 20-14 game at the break.

Midway through the third quarter the Wildcats jumped on a bad Raider snap at the Hudson 32, and Evavold ended the short drive with a seven-yard touchdown run to tie the score 20-20.

Mears scored on a one-yard keeper with 4:58 remaining and the missed extra point left Hudson with a 26-20 lead, setting the stage for River Falls’ go-ahead score with 2:03 remaining.