It felt right for the Falcons to play a game for the first time in 659 days. It felt right to see the David Smith Stadium full of fans, including a packed student section. And it felt right that the Falcons came away with a 45-7 victory over Elmhurst University (Ill.) 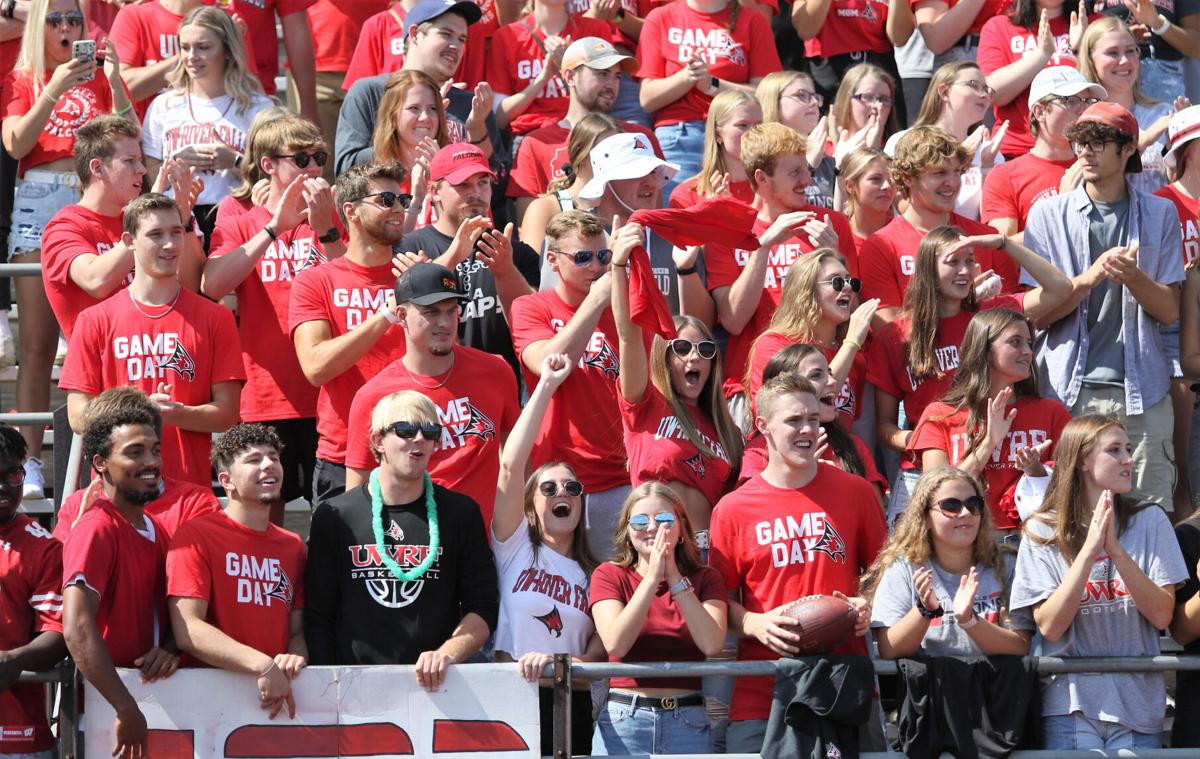 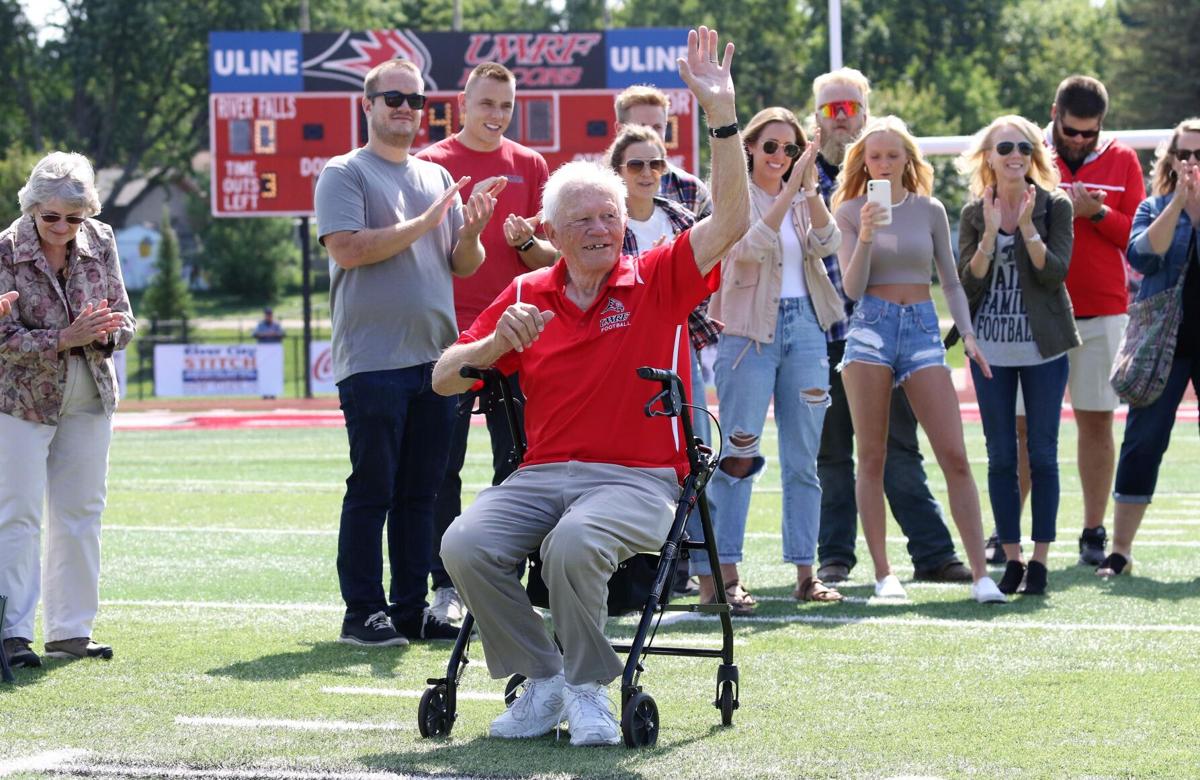 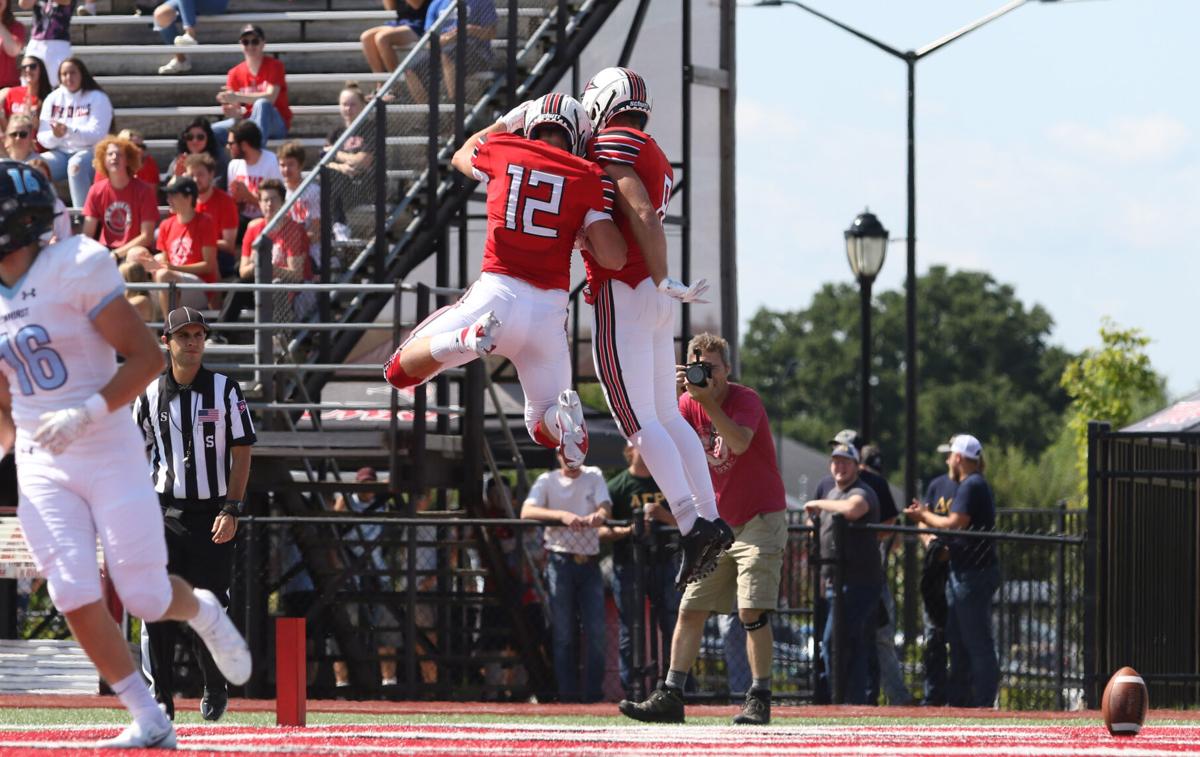 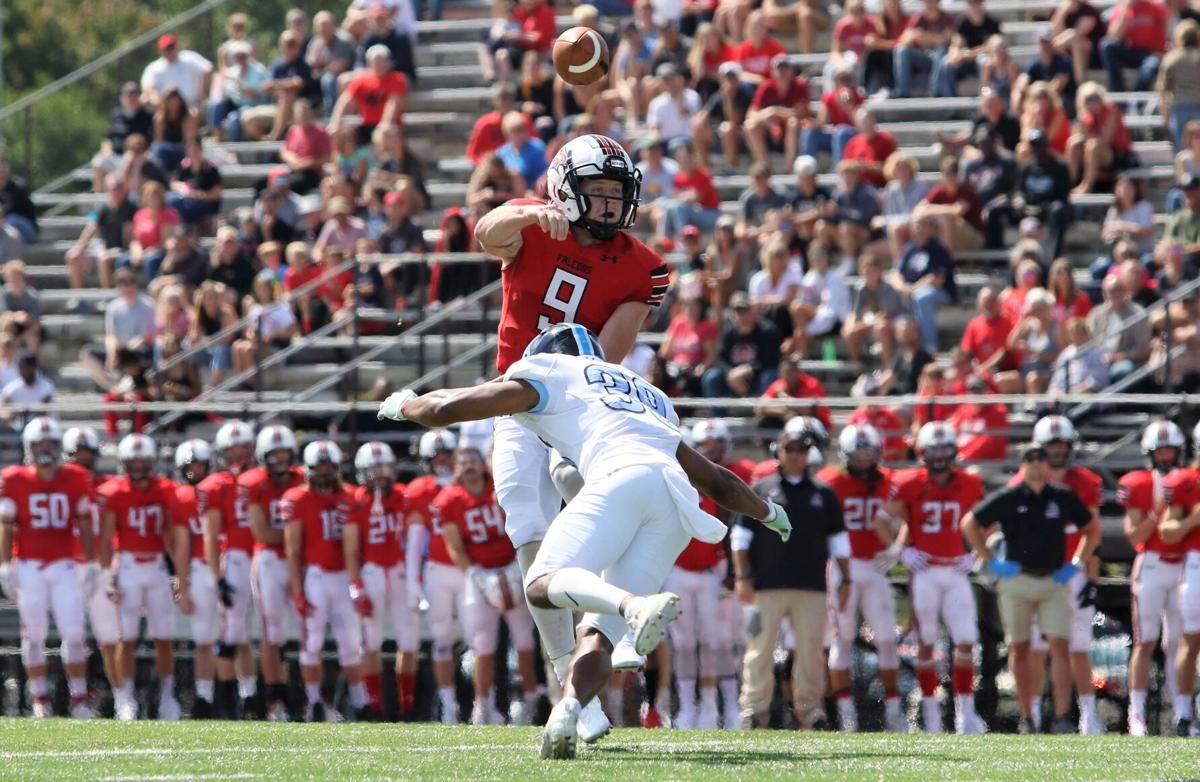 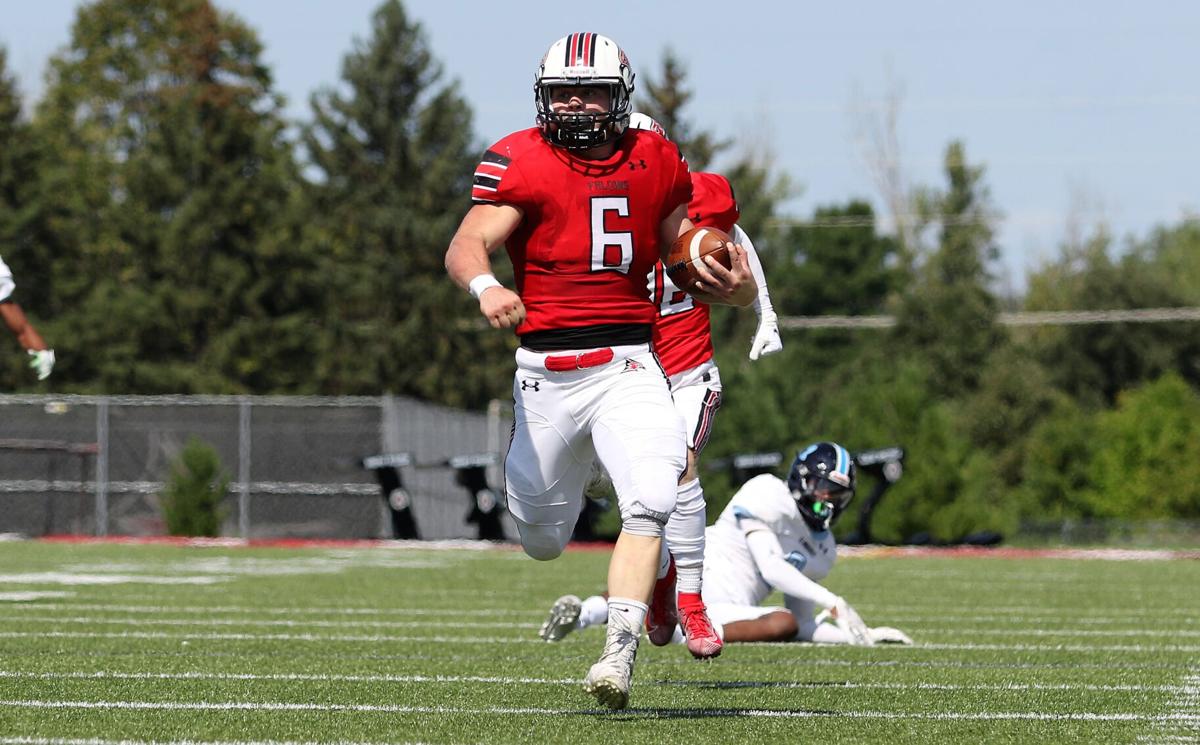 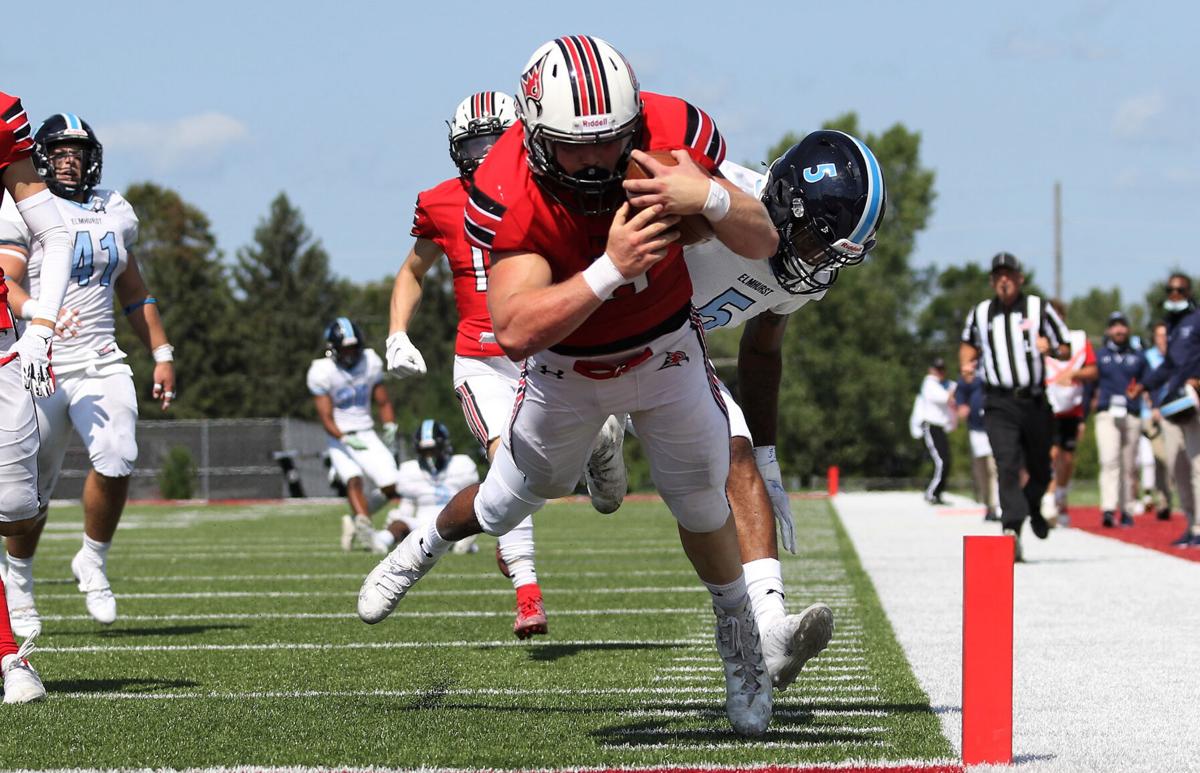 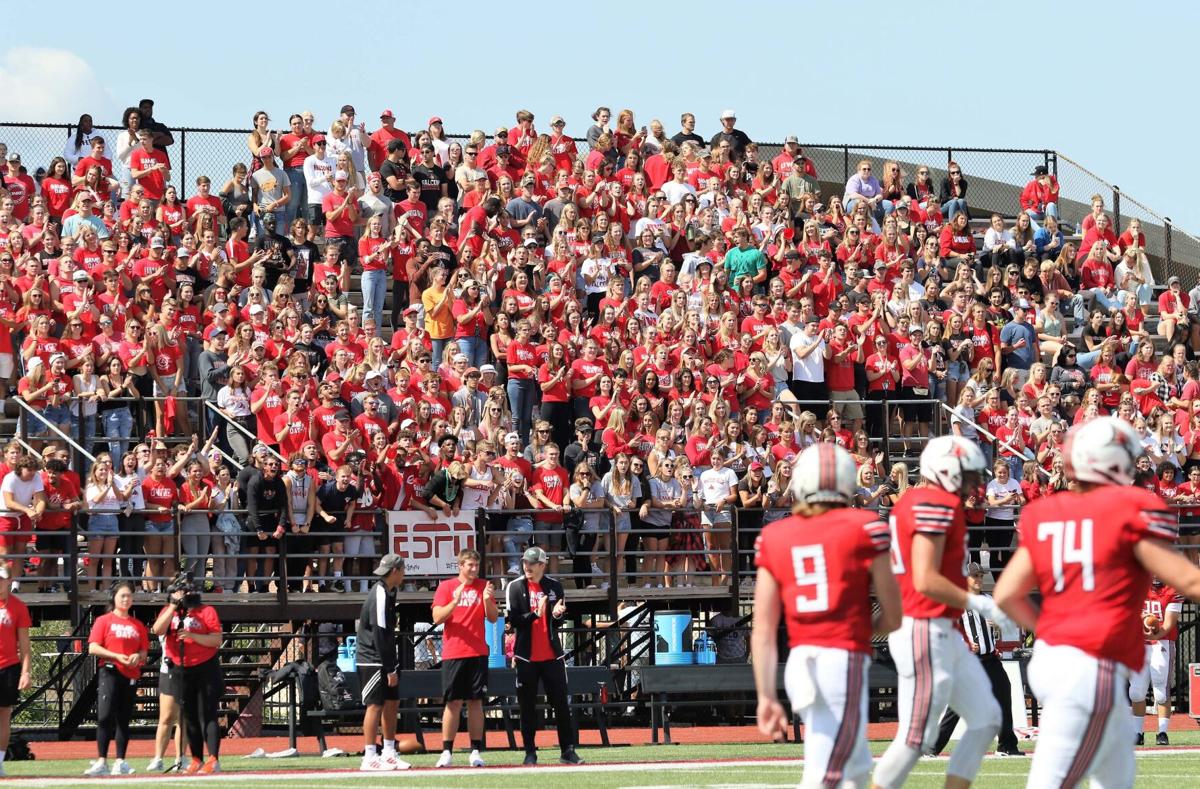 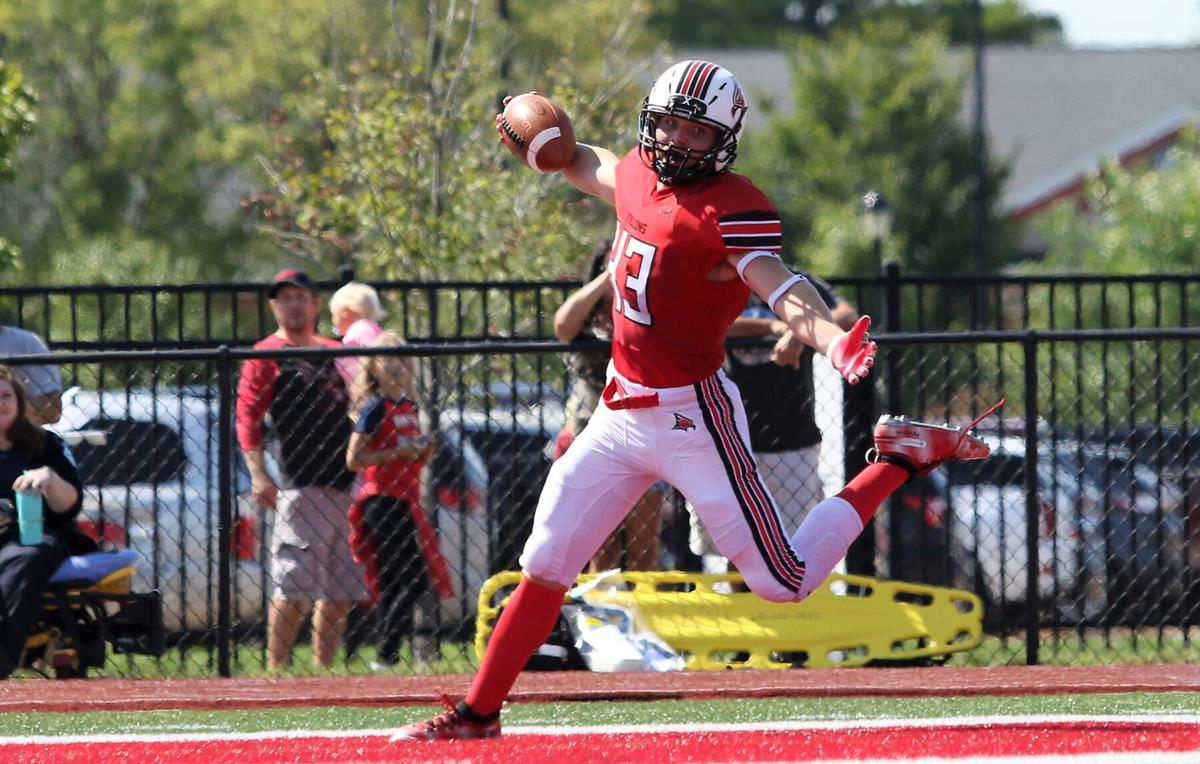 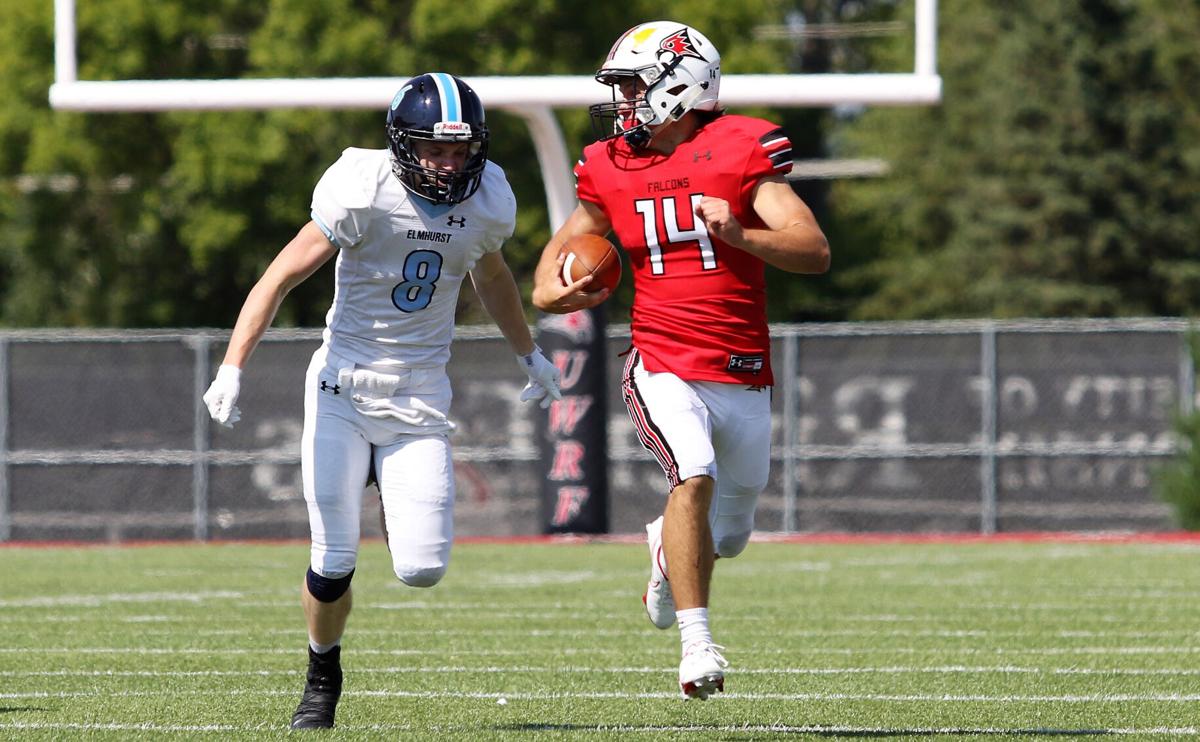 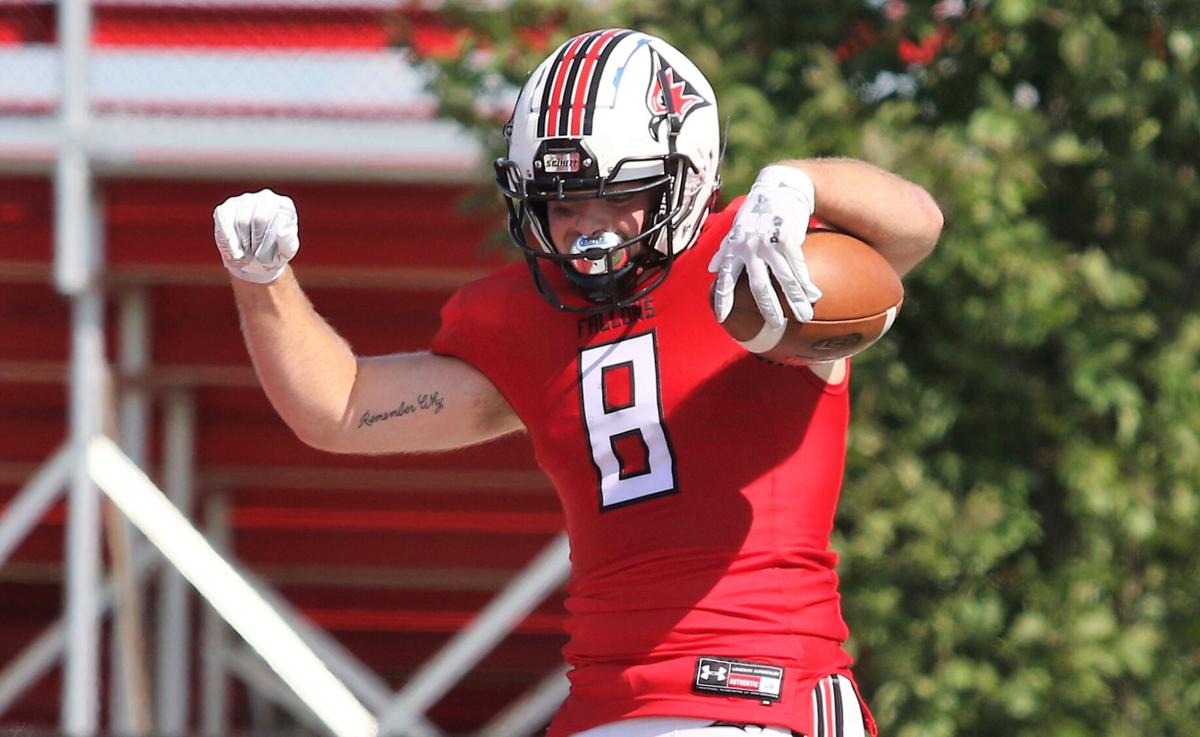 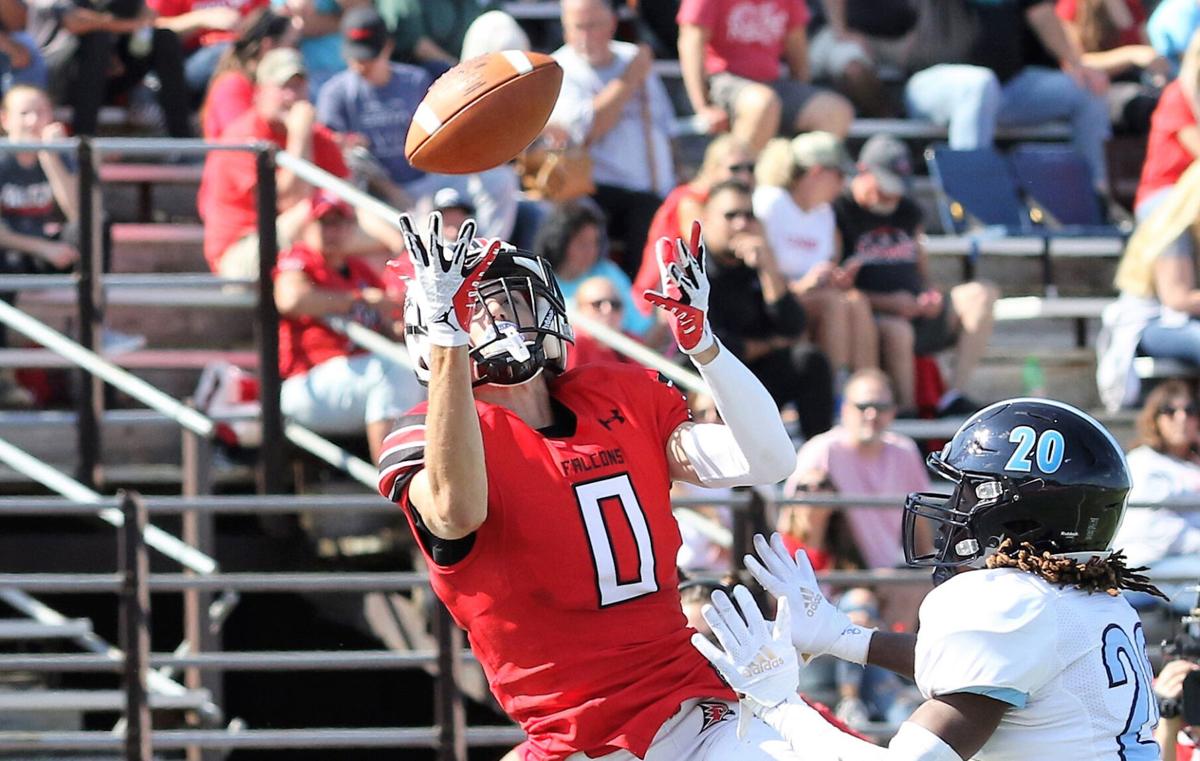 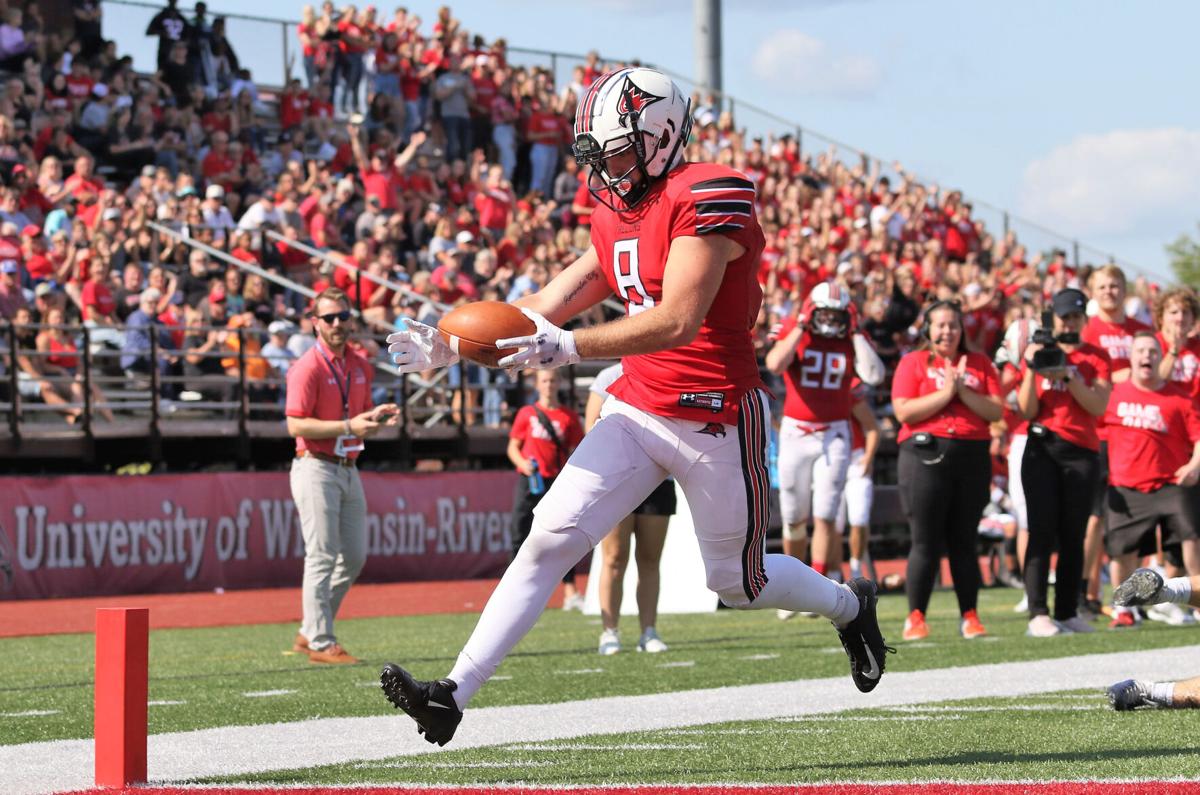 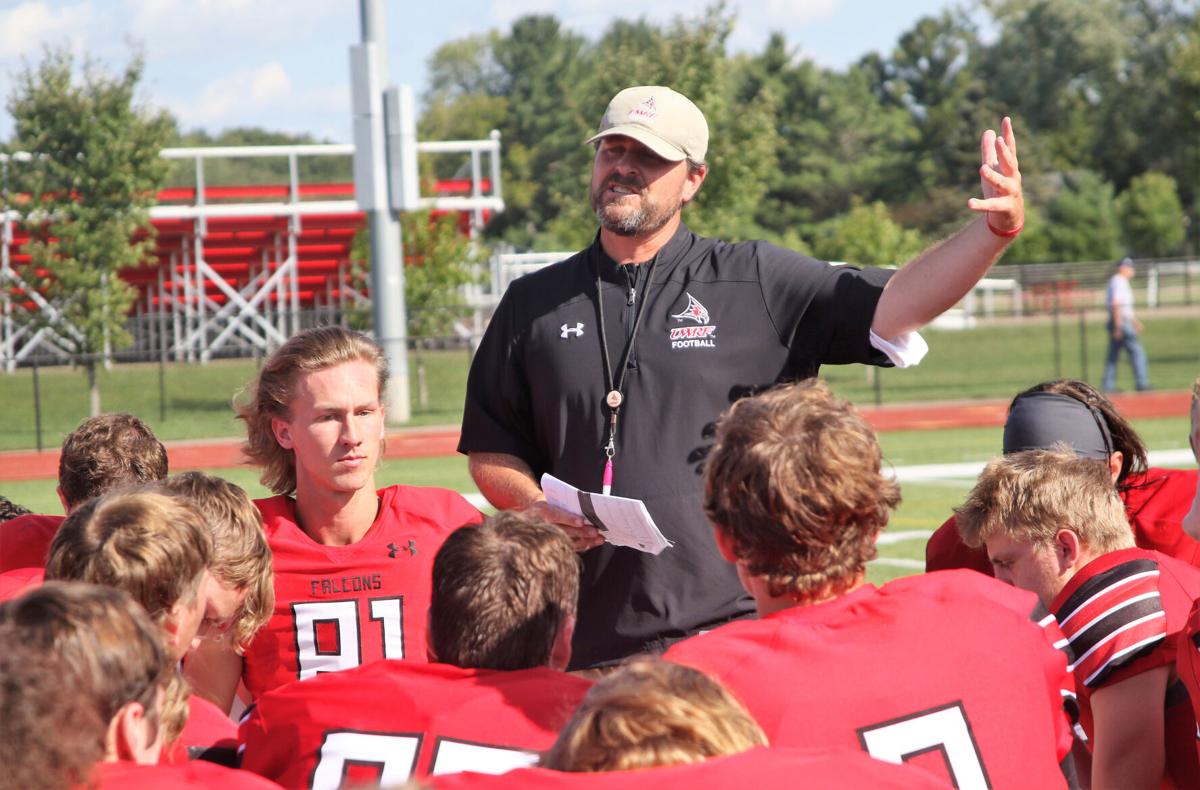 UWRF’s last game was a 31-24 victory over UW-Platteville Nov. 16, 2019. So Saturday’s victory gave the Falcons a unique two-game winning streak. More importantly, according to Walker, it rewarded all the Falcon players who never stopped working when the 2020 season was shut down by COVID.

“The general public cannot comprehend what these guys have been through, '' Walker said. “They never stopped training, and it's hard training man. It's a lot of sacrifice to do it for a year and a half with no reward of a game day. The average person can't comprehend what these guys do, they're amazing. So we get to finally do it today, and it was pretty special for everyone.”

Everyone including the players who graduated last year and never got to experience their Senior Day. Walker and the Falcons’ recognized those players before the game while also honoring longtime kicking and punting coach Tom Caflisch, who retired at the end of the 2019 season and never got a proper send-off last year.

Once the game started, it didn’t take long for the Falcons to strike. Quarterback Kole Hinrichson and wide receiver Andy Groebner hooked up for a 46-yard touchdown just 1 minute, 25 seconds into the game and the Falcons never looked back.

UWRF kept rolling in the second half. Hinrichson and Groebner connected for another touchdown from 32 yards out, Luke Fugate scored on an 18-yard run, and Anthony Silva barreled over from 2-yards out to make the final 45-7.

The Falcon defense was just as impressive, with Elmhurst’s only points coming on a third quarter interception return.

“I think we all expected to come out and have a nice day offensively and have production, because we do have weapons there,” Walker said. “But I think defensively was the name of the game today. Our leaders were so good on defenses. They were the players of the game today.”

Hinrichson finished 21-of-40 passing for 167 yards and two touchdowns while Fugate led the ground attack with 98 yards on 11 attempts. Groebner had five catches for 91 yards and Alex Traxler caught six passes for 42 yards while freshman Michael Kruger of River Falls had two catches for 33 yards in his collegiate debut.

“I got the best leaders I've ever had,” he said. “No disrespect to the other teams, I’ve had great kids. I've been so fortunate and blessed and had incredible kids here. But this group of seniors is the best group I've ever had in terms of leadership-- not even close. And they've just kept this thing rolling. Whether it was getting shut down by COVID or having to practice at five in the morning because there's nowhere else to practice. These guys-- they're showing incredible leadership.”

Next up for UWRF is a trip to Arkansas to face Hendrix College for a game the Falcons picked up after St. Scholastica backed out of a game originally scheduled to be played in Duluth.

“They paid $10,000 to not play us at their place,” Walker explained. “So we found a game against Hendrix College, and God bless them for taking us on. So now we’re driving 13 hours to Arkansas instead of a nice little fun trip to Duluth.”