It’s pretty much a given that it’s going to be cold early in the Wisconsin high school baseball season. But that didn’t matter to River Falls in its season opener against Osseo (Minn.) Monday at First National Bank of River Falls Field.

All three of the Wildcats’ top three pitchers saw action and the Cats got contributions up and down the lineup in an 8-4 victory over the Orioles.

Head coach Ryan Bishop said it felt good just to be outside. 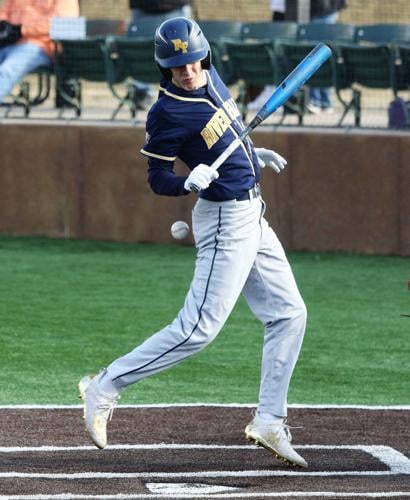 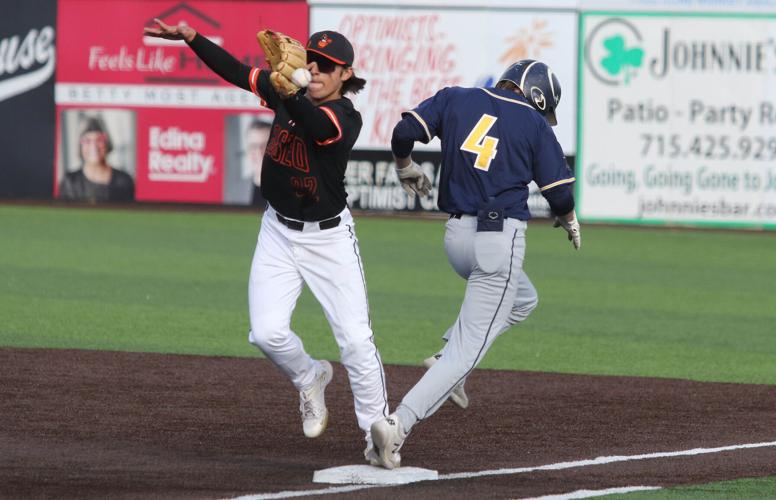 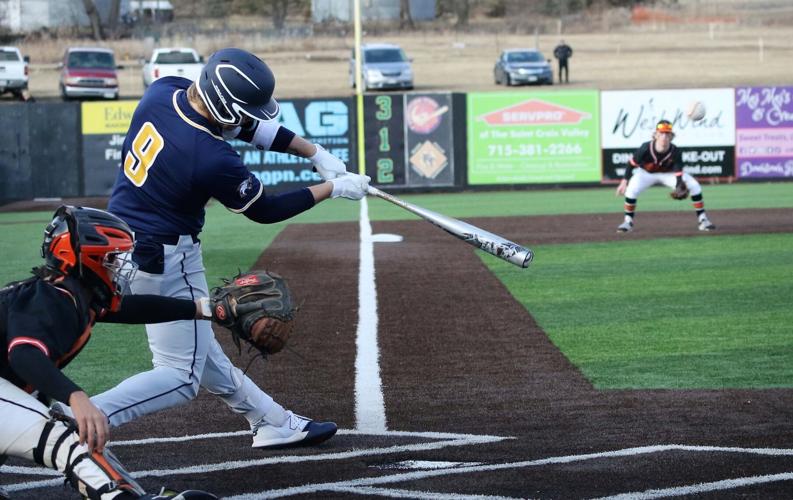 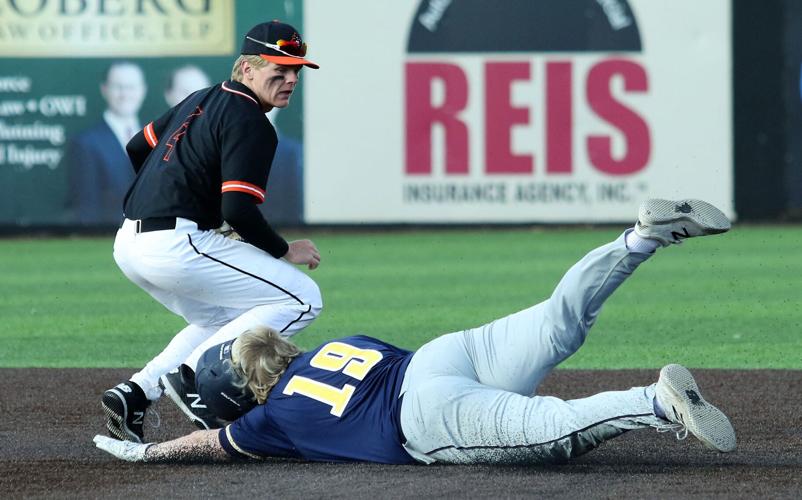 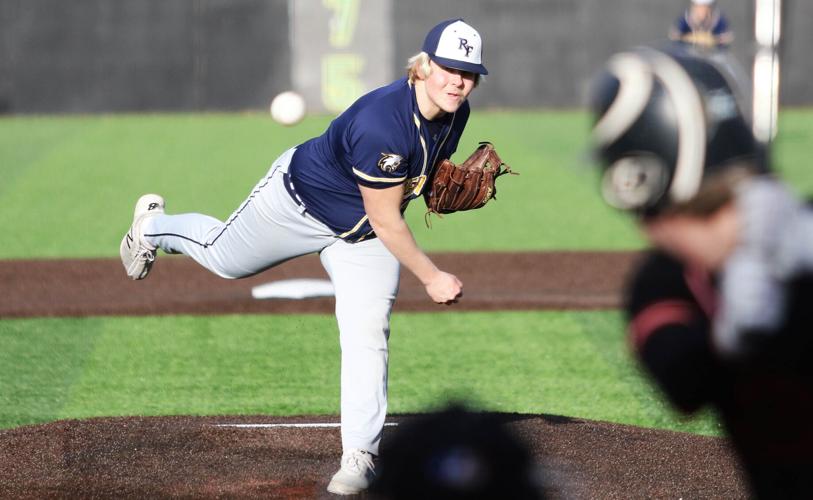 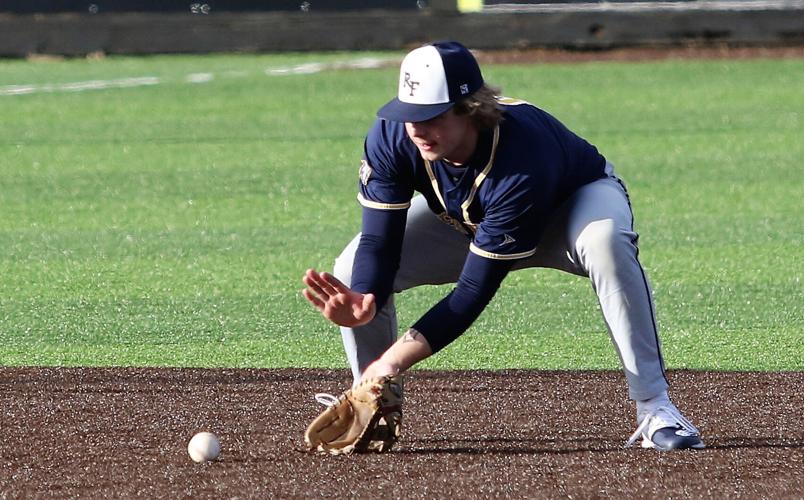 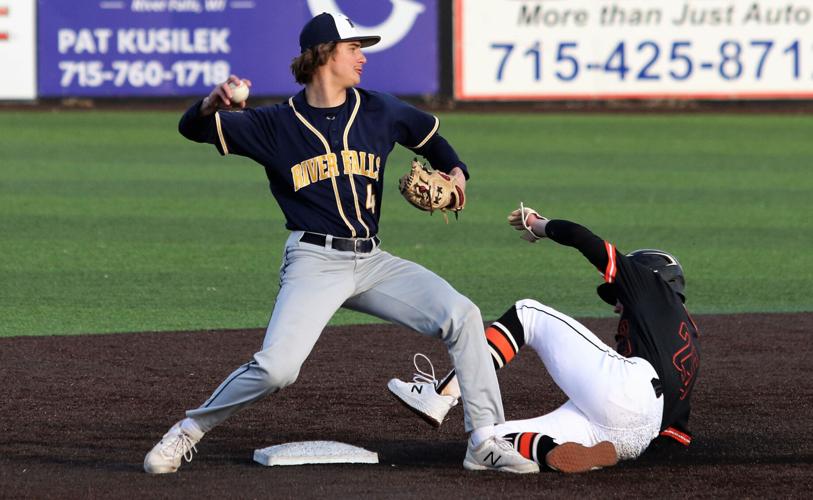 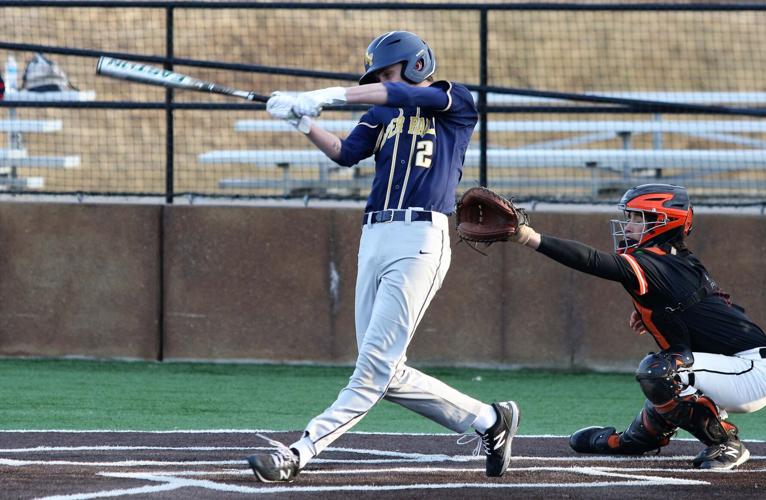 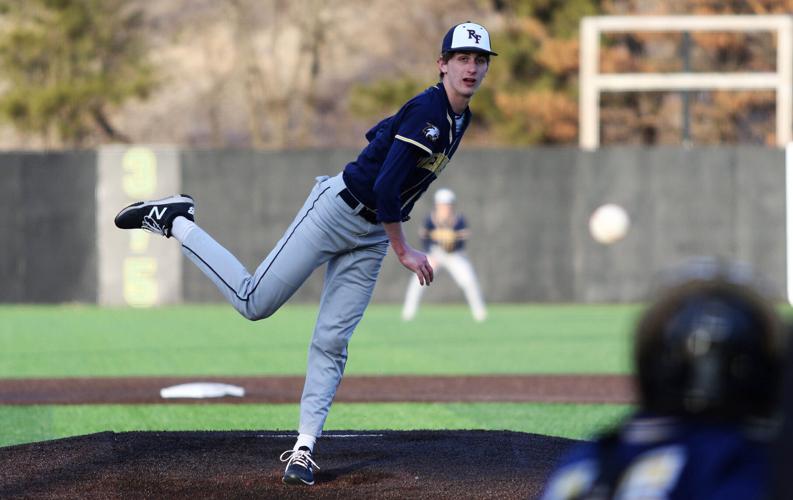 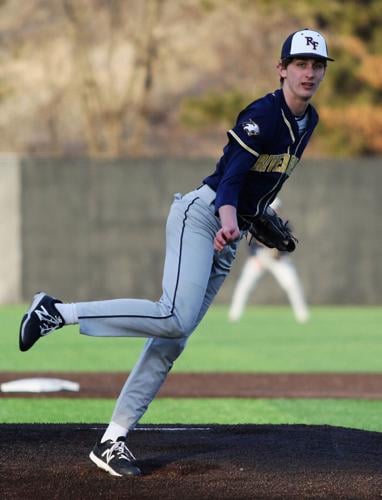 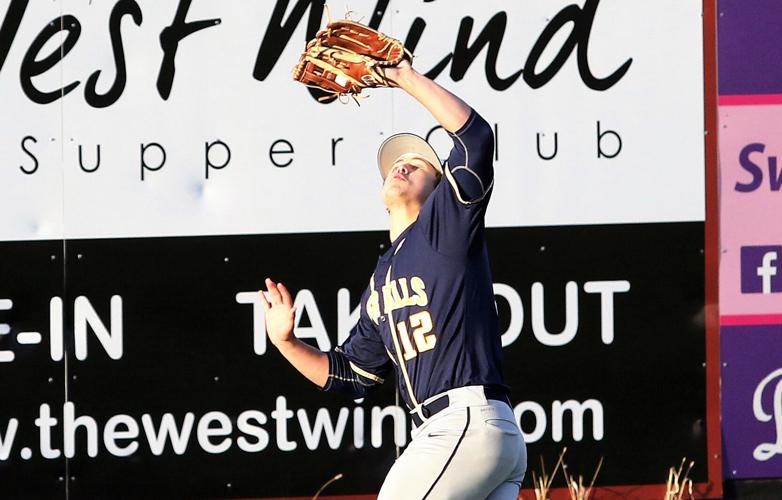 “We don't get a lot of opportunities to be outside early in the year, so when you do you hope it's a learning moment for guys,” he said. “And I thought we made some good adjustments today. We haven't seen a lot of live pitching, and we got better today than we were in our scrimmage. We got better in the fourth and fifth inning than we were in the first and second. So we did things that you expect your team to do in those first couple games of the year, and we were happy with that.”

Junior starting pitcher Keenan Mork looked like his all-conference self early to keep the Cats in the game, striking out 10 and allowing three hits in four innings of work.

“You can see what Keenan is capable of,” Bishop said. “His ball has got a lot of life to it.”

The game was scoreless until the Cats put up four runs in the bottom of the third to take control. Michael Schurman got things started by stealing second after being hit by a pitch and came all the way around to score when Owen Larson’s sac bunt was misplayed by Osseo. Back-to-back sacrifice flies by Ragan Pinnow and Cole Evavold plated Larson before Elijah Baker delivered a two-run single later in the inning.

River Falls added three more runs in the fourth inning on RBI singles by Pinnow, Evavold and Teddy Norman, to open up a 7-0 lead.

Bishop said the Wildcats did a lot of little things right during their third and fourth inning rallies.

“We have high expectations of them to do the little things right offensively, whether that's bunting, whether that's hit and run, whether that's a steal, or whether it’s just tagging up on a fly ball,” he said. “They did a great job with it last year and we expect that they'll continue those types of things and continue to get better with them every game this year.”

Norman finished with three hits at the plate and worked a scoreless seventh inning on the mound and Evavold had two hits and scored twice while Schurman reached base three times on a single and two hit-by-pitches.

Jack Gehl saw two innings of action on the mound, allowing three earned runs on three hits with one strikeout, before Norman allowed one run on one hit with a strikeout in the seventh.

Fourteen different players got in the game for the Wildcats, and Bishop said the players did a good job of handling the cold weather, especially those who entered the game late.

“I thought for the most part tonight they did a good job with that, even the guys who came in late in the game,” he said. “Especially the pitchers that didn't throw early on and it has been two-and-a-half hours since warm ups. That's not an easy thing to do, so we were happy with that.”

The Wildcats were scheduled to host Osceola Tuesday afternoon before ending the week with a road trip to Onalaska Friday.