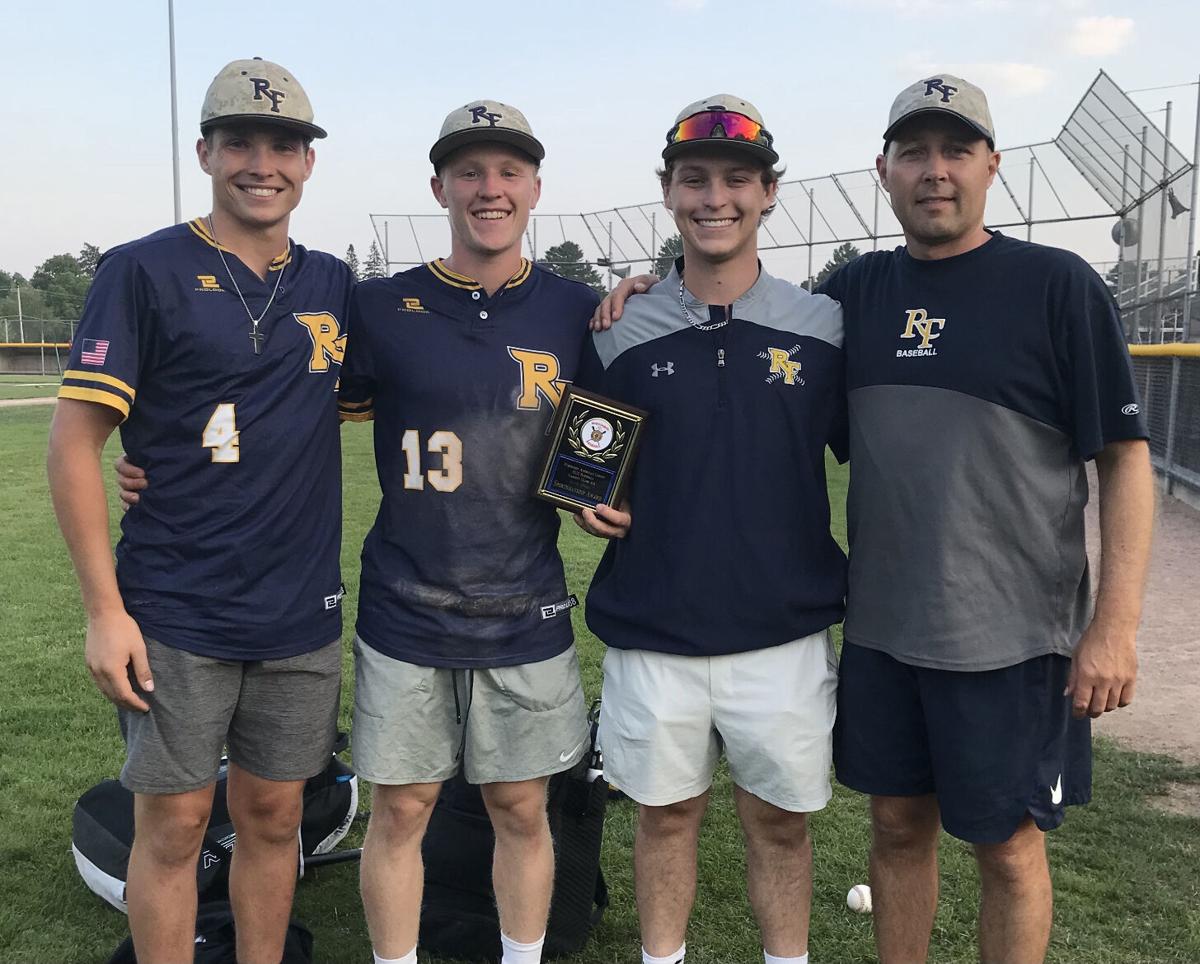 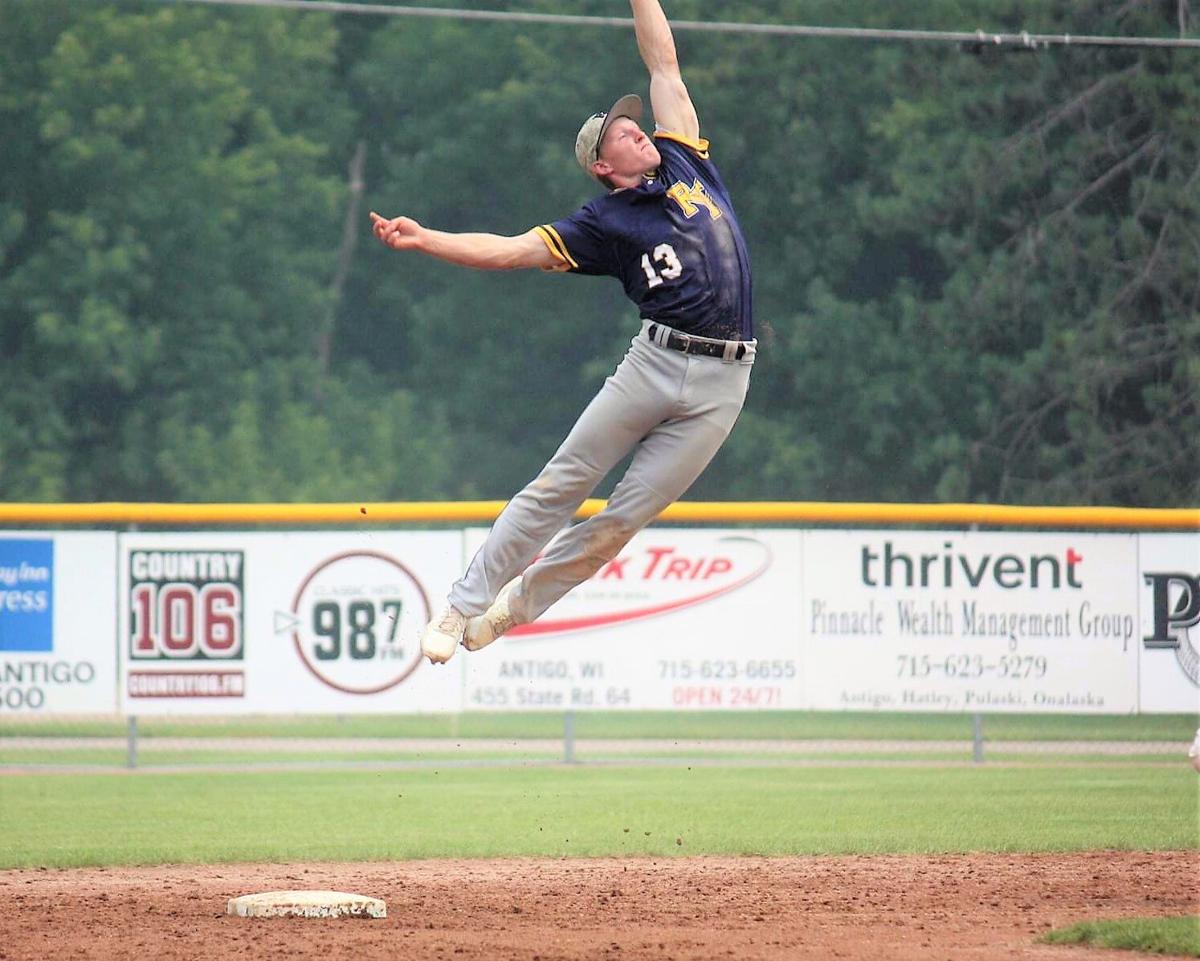 The River Falls Post 121 baseball team saw its season end one win short of a berth in the title game last week at the American Legion Class AA State Tournament in Antigo, but it still came home with some hardware.

After losing to Kaukauna for the second time in the tournament in the semifinal round Monday, Aug. 2, River Falls learned it had been awarded the team Sportsmanship Award at the 8-team tournament before the final round had even been completed.

“Our three seniors were not only impactful players, but more importantly they were impactful leaders and teammates that served as very important role models for the rest of our team,” Bishop said. “They were the last three guys to leave the dugout after that final game. Not just because they took their time soaking in their final game, but they were also picking up the dugout to make sure it was left in a clean manner. Those things don't go unnoticed in our coaches eyes. That's called leaving a legacy of doing things The Wildcat Way. It was very fitting they presented our team with the sportsmanship trophy a couple minutes later.”

River Falls dropped its tourney opener to Kaukauna 5-4 Friday, July 30, before coming back to beat Beaver Dam 3-2 Saturday, and Ahnapee 4-0 Sunday. That set up a rematch with Kaukauna in the semifinal round of the double-elimination tournament Monday where River Falls came out on the short end of a 5-1 decision. Kaukauna went on to defeat Antigo 6-5 to earn the right to represent Wisconsin in the Central Plains Division 2 regional this week.

River Falls led Kaukauna 4-2 in their first meeting before a two-out error led to three unearned runs and a 5-4 loss. It was the only error by either team in a game Bishop said could have gone either way.

Bishop said in the rematch, River Falls again pitched well enough but struggled to get anything going at the plate.

“We missed a couple big opportunities and just couldn't get the timely hit to push the runs across,” he said. “Credit to Kaukauna's pitcher for working out of some situations that would have changed the game.”

Bishop said the River Falls pitching was a strength the entire season, and that continued at the state tournament. The starters of the first three games-- Keenan Mork, Eli Condon and Teddy Norman-- were all sophomores while the fourth-- Jack Gehl-- was a junior. Bishop said that bodes well for next year.

“We by far had the youngest pitching staff in this year's state tourney, yet arguably one of the best,” he said. “Add in a handful of dependable relievers and several coaches commented on the overall quality of our pitching depth. Our coaching staff agreed and we are excited for what the future holds from a pitching and defensive standpoint.”

Speaking of defense, Bishop said Schwantz made yet another highlight-reel catch against Ahnapee in a game-saving situation.

“Running full speed with his back turned completely toward home plate, Jaden made a Willie Mays Mays-style catch right in front of the center field wall,” he reported. “Running full speed, back completely turned to the hitter, full extension over his head right up next to the center field wall. Honestly it was the most impressive catch I've personally ever seen a high school outfielder make.”

Talent and statistics aside, Bishop said the coaching staff was very proud of the overall progress the team made this season. He said it wasn't always easy, and there were some tough lessons along the way, but in the process Post 121 became a better team. And in the end that's why they finished the season playing their best team baseball of the year, a game away from the state championship.

“After last year's shutdown we were happy as heck to be playing organized baseball this year,” he said. “We made some really good strides, while also learning a lot about what our strengths and weaknesses were as we look ahead to this next off-season of program planning and development. That process started after the final out last week.”