Rosalie was born in Hudson, WI on May 20, 1938, the oldest of six children born to Earl and Camille Holden. Rosalie earned her Bachelor of Arts in English from University of Wisconsin at Madison, where she belonged to Alpha Gamma Delta sorority. While living in her sorority house, Rosalie was prey to matchmaker Thora Ragone, the House Mother and Aunt to John David Shier, who invited her nephew for Sunday dinner and introduced him to Rosalie. The two hit it off, and John would become her husband of more than 60 years. For the duration of their marriage, with a twinkle in her eye, Rosalie introduced John as: “…my current husband”.

They married in 1962 and lived in Mount Horeb, where she taught English and supported John while he continued his studies in graduate school. While there, they became parents to Pudding and Pie, the first in a long line of beloved cats. In 1965, Rosalie and John moved to Green Bay, where Rosalie taught English at West DePere High School until the birth of their daughter Elizabeth on Christmas day, 1967. After spending three years at home, Rosalie took a position at the Brown County Public Library. One of her many responsibilities there was serving as “The Story Lady” with appearances at each of the branch libraries and many local schools.

In 1983, Rosalie earned her Master of Arts in Library Science from University of Wisconsin at Milwaukee. She was the director the Ashwaubenon branch for several years in the 1980s and returned to the Brown County Library main branch as Director of Adult Services—the role from which she retired in 2005.

Rosalie was a champion of the environment early on, serving on the Brown County Solid Waste Commission and founding an organization called Concerned Households. She pioneered the use of rain barrels in our area, and assisted many friends and neighbors in setting up their own rain barrel water reclamation systems. Rosalie was an avid gardener, each year adding manure, sand, and compost to enrich their plot of land on their aptly-named Clay Street. She also brought the Lamaze program to Brown County in the late 60’s and early 70’s, ringing in a new era of natural childbirth after a generation had anesthetized women and used forceps to deliver babies. Rosalie spent most of her adult life embracing her role as part of the PEO sisterhood, and over the years chaired many/most of their charitable efforts with the goal of providing scholarships to women in need.

Rosalie led the three-person Shier family circus for over 60 years. During that time, she instilled in her husband and daughter a love of the arts and culture, leading trips to Washington, D.C., San Francisco, Chicago, and her personal Mecca—New York City. Elizabeth would note that there were no National Parks or Disney or beaches in her upbringing, but she is ever grateful for Rosalie’s introduction to the King Tut exhibit in Chicago, and the trip to Picasso’s home in Paris. Their 50th wedding anniversary found the Shiers in their beloved New York strolling Central Park and the Highline and seeing War Horse at Lincoln Center—such remarkable memories! Anyone who knew them was exposed to their love of Broadway and the delights of the city. 2001 brought a memorable trip to Paris with her sister Sharon and Elizabeth, and her circle of friends noted that for years afterward she was known to begin her sentences with: “When I was in Paris…” She and John ultimately found themselves on two European river cruises and a trip in the Baja with National Geographic. But nothing brought them more joy than the lifetime of remarkable friendships they forged in Green Bay.

From bike rides with 50 friends in Peninsula State Park, to the Easter kite flying competition and New Year’s Day Tom & Jerry parties, Rosalie would quip that their parties may not have been the most lavish, but she tried to make sure they were creative. A handful of folks recall a recent black cat party, with an exclusive group of black cat owners as guests. Rosalie’s fashion sense was legendary, and to the end she sported her trademark Alexis Bittar earrings.

The care and love she has received from her incredible team at New Perspectives brought joy to her life every day, and her family is immensely grateful. Care staff—Stephanie and Jennifer, who came in on their days off, and others who have taken their breaks with Rosalie in recent days—have brought comfort at every step of her passage. Notable in recent years was the bond forged with Stacie Hackl and her mom, Sharon Hasser—who have brought love and joy and logistical support to the Shier family.

A Memorial Service will be held at 10:00 a.m. Saturday, August 13, at Union Congregational Church, Green Bay.

Expressions of sympathy may be sent to the family by visiting www.lyndahl.com. 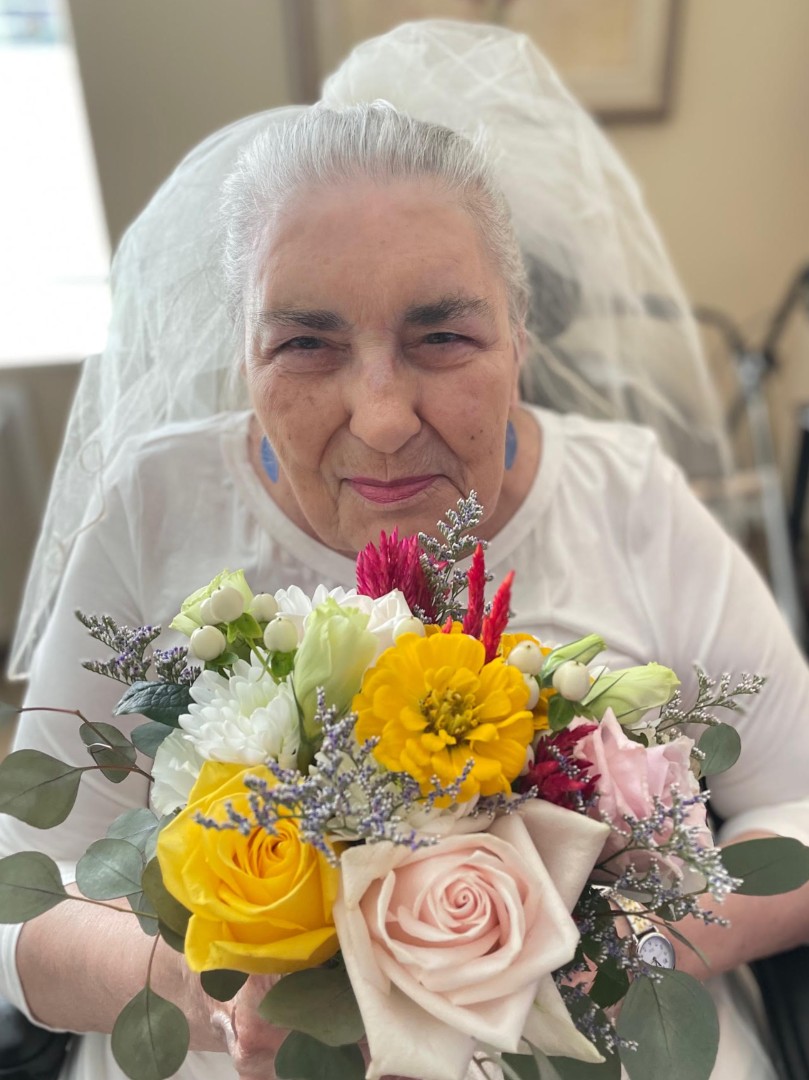