Peggy Jane Thompson, age 75 of River Falls, Wisconsin passed away peacefully after a courageous battle with cancer on December 21, 2021 at the Comforts of Home in River Falls. Peggy was born on January 7, 1946 in Frederic Wisconsin to William and Irene Matz. She attended and graduated from Frederic High School. After graduation, Peggy moved to Minneapolis and worked at the First National Bank of Minneapolis. She married Albert Woods in September of 1964. They were blessed with their daughter, Samantha, in April of 1968. Peggy later married Wayne Thompson in June of 1973 and became a stepmother to four children, Bryan, Craig, Tracy and Karri. Peggy and Wayne enjoyed many years together going to their lake home and traveling until Wayne’s death in 2012. Peggy retired from the First National Bank of River Falls in August 2014. After retirement, she enjoyed volunteering and assisting at her daughter’s cake shop when needed. She also loved to play cards, read, attend bible study at her church and bake cookies and lemon bars for her family. Spending time with friends and family was such a blessing to her.

A memorial service will be held at 11:00 am, Tuesday, January 4th at the River Falls First Congregational United Church of Christ. Visitation will be one hour prior. Interment will be private at a later date. Memorials are preferred to the discretion of the family. Funeral and cremation services have been entrusted to the O’Connell Family Funeral Home of River Falls. 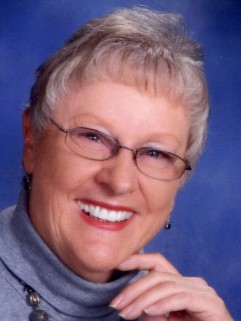