June was born June 19, 1928, in Merrill, Wisconsin. The youngest child of Emil and Augusta Zastrow, she spent her childhood on the family farm in the Town of Pine River in Lincoln County. She graduated from Merrill High School in 1946 and later moved to first Rochester and then Minneapolis, MN to train as a medical laboratory technician. She later moved to Hudson, WI where she worked at the Hudson Clinic, and it was in Hudson where she met and married Frank Behm of North Hudson and together raised two daughters. Between Frank and June family meant everything. While raising her daughters she also worked a variety of jobs part-time, sold Artex paints through at-home parties and volunteered at her church, Trinity Lutheran, and at her daughters’ elementary school.

A few years after Frank’s passing in 1999 June headed west to the state of Oregon to be near her oldest daughter and her family. After spending 10 years in Springfield, OR she decided to return to be near family in Wisconsin, living in Wausau the last several years.

June is survived by her daughters Karla (Mitch) Hanan of Eagle Point, OR and Keri Behm of Madison WI; grandchildren Tim, David, Tom, Matt, Katlin, Astoria, Alex, Andrew, Zach and 14 great-grandchildren. She is further survived by her sister Myrna Kautz and numerous nieces and nephews. She was preceded in death by her husband Frank; brothers Lloyd and Roy Zastrow; and sisters Lillian Nau, Myrtle Schneider, and Helen Mosser; 1 brother-in-law and 5 sisters-in-law; several nephews; and a niece.

She will be greatly missed by family and friends. She had a fun spirit and great sense of humor. She cared deeply about her family, worried intensely, and was generous in thought and deed. She leaves behind lasting memories of perfectly baked cookies, pies and especially homemade doughnuts.

June felt fortunate to have family and friends that cared so much over the years to call, visit, and send cards. She maintained many lasting friendships throughout her life, especially with friend / niece Carol St. Ores and her husband Dale, and former Hudsonite Kenya Trost. The family is grateful for all the thoughtful help offered by niece Susan Kleinschmidt in Wausau.

No service is planned at this time. A family gathering will be held at the Willow River Cemetery gravesite in Hudson in the spring. 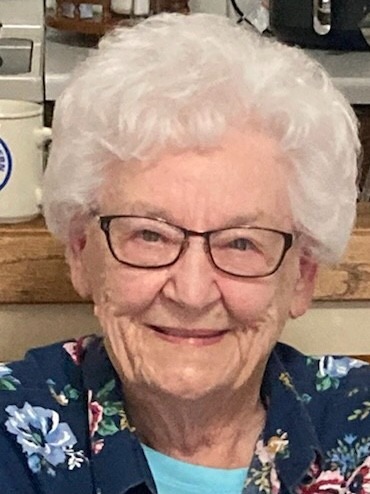