John Lewis Hyland, son of John T. Hyland and Marjorie Lewis, was born on March 4th, 1942, in Belvidere, IL. He graduated from Dixon High School in Dixon, IL in 1960 and went on to receive a B.A. degree in English from Wartburg College, a M.A. degree in English from the University of Nebraska, and a Ph.D. in English from the University of Wisconsin. He served in the United States Army from 1966 to 1968. John married Joan Schnor in the midst of a blizzard on December 28th, 1968, at Trinity Lutheran Church in Hawkeye, IA. He moved with his family to River Falls, where he taught in the English department at the University of Wisconsin – River Falls, then worked in the UWRF news bureau and did grant writing. After leaving UWRF, he taught classes and wrote training documents in the human resources department of Treasure Island Casino in Red Wing, MN. Following his retirement in 2006, he pursued his love of nature and his fascination with trees by visiting national and state parks, gardening, and hiking. John was an avid Civil War buff, and enjoyed listening to the music of his youth, such as The Kingston Trio and John Stewart. He wrote two children’s books, Will Will and Me and Ginger and Alice, originally only for his children, but he later revised and expanded them for publication. After publishing them, he was very proud of his books and offered them to anybody and everybody he came across. John was much loved by his nephews and nieces because, in the words of one niece, “he always had time to take us on adventures to the junk pile, off into the woods or some other place where we could have his undivided attention,” rather than playing cards and chatting with the rest of the adults.  John had been diagnosed with dementia and was in the early stages of it, and could easily become lost. Despite this, he had a strong independent streak and did not like following trails and sidewalks on his hikes. On July 5th, he became lost on a very hot day and lost his life in the heat.  John was preceded in death by his parents. He is survived by his wife, his two children, two grandchildren, his brother, as well as many nephews and nieces. In lieu of flowers, donations may be to the compassion fund at First Congregational, UCC. Mr. Hyland will be missed by many who knew him. A Memorial Service will be held on Monday, July 12, 2021 at 11:00AM at First Congregational Church (110 N 3rd St) in River Falls with a visitation starting one hour prior to the service. The service will be streamed live from a link below the obituary. Arrangements are with Bakken-Young Funeral & Cremation Services. 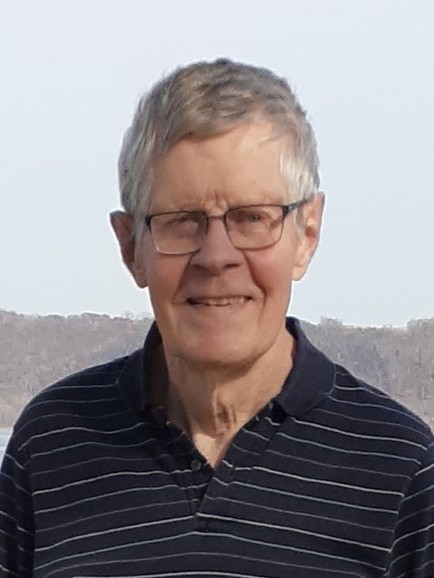