Age 92 of Inver Grove Heights, MN went peacefully to heaven on December 11, 2021. His last days were spent under the care of the amazing staff at Minnesota Veteran’s Hospital.

John entered the Navy in 1948 after graduating from Hudson High, as an Aerographers Mate (weatherman). He served with honor and after 5 years of active service, he joined the Air Force Reserve and retired January of 1990. He received several medals including, Air Force Commendation and the Air Force Achievement Medal. He loved his country and was so proud to serve. He also served in the Minnesota Civil Air Patrol after obtaining his private pilot license.

Upon returning home from the Navy, John began his long, successful career in the emerging field of computer programming, at Andersen Windows. Future employment included Blue Cross, Honeywell, State of Minnesota, Mounds View School District, and independent consulting. Fergie had a dedicated work ethic, both at home and in business. He could teach himself anything and proceeded to build three family homes with help from friends.

Family was always his priority. Although he worked long hours, he made time to take family trips to the Great Lakes and many national parks. Always adventurous, he taught his kids to love swimming, skiing, and traveling. He appreciated music and poetry, recalling complete poems from elementary school. This honorable, witty, and generous man and father has left a legacy of integrity and love in his family. He will be greatly missed. “Until we meet again, may God hold you in the palm of His hand.”

An interment service will be held at Fort Snelling in Spring 2022. Memorials may be made to St. Jude Children’s Research Hospital by phone/online at stjude.org 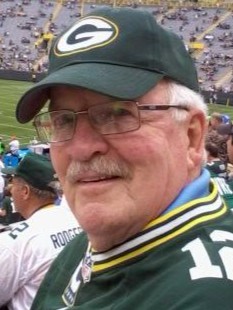