Joan Elizabeth Brown, age 82 of Roberts WI, passed away on August 22, 2021, at River Falls Hospital from complications of the COVID-19 delta variant. Joan was born on May 3, 1939 to parents Charles and Bessie (Peters) Irish. She attended South St. Paul High School and graduated with the class of 1957.

She was united in marriage to James R. Brown on June 3, 1961 at Holy Trinity Catholic Church in South St. Paul, Minnesota. She then made her home with Jim on the Brown family dairy farm in Wisconsin.

Joan was a homemaker and fantastic cook. Over the years she made thousands of large noon meals and homemade afternoon treats for Jim, Ken and the employees at the “The Luck O’ the Irish” farm in Roberts, WI. She was extremely active in the Roberts community and was a 57 year member of the Warren Homemakers Club, now known as HCE. She held many offices in this club and participated at many state conventions and county functions often organizing and spearheading banquets, gatherings and celebrations. Joan worked as a Chief Election Officer over multiple decades and was a beloved leader with the Roberts Ribbon Reapers 4H Club for 38 years. In 1980 she also began to sell promotional products to the local business owners. She will also be remembered for being one of the original organizers of Roberts Good Neighbor Days. Joan loved gathering friends to form a Birthday Club, HCE Meet and Greet and actively involved in the Red Hat Society. During the 70s she bowled on a Thursday afternoon league in Hudson and loved her craft click of friends who called themselves The Dizzy Dozen. She was truly in her element when she was hosting her friends and family. Of course the most memorable being the two barn dances she and Jim hosted on their farm where over 600 guests enjoyed plenty of food and dancing.

Her world definitely revolved around her daughter, her various activities and friends. Family was first, and she loved to be around the children of her nieces, nephews, employee sons and when Cindy married, Robert’s grandchildren.

A Mass of Christian Burial for Joan will be at 12 p.m. on Saturday August 28, 2021 at St. Patrick Catholic Parish in Hudson. Visitation will be Friday August 27th at O’Connell Family Funeral Home in Hudson from 3-7 p.m. and from 10-12 p.m. at the church before the service on Saturday. For those unable to attend her service, it will be live streamed through St. Patrick’s Facebook Page, https://www.facebook.com/stpatrickparishhudson.

Memorials are preferred to the discretion of the family 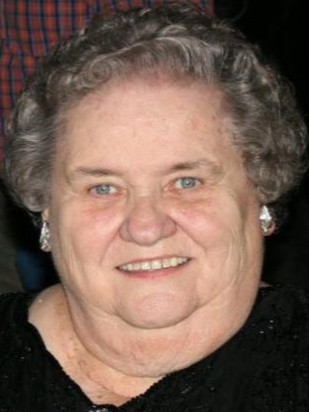