It is with heavy hearts that we share Gary Michael Przybylski passed away on June 14, 2021 at his home in Hudson, WI due to natural causes. Gary is preceded in death by parents Michael and Julia Przybylski, stepmother May Przybylski, and is survived by: Daughters Kristen (Matt) Svendsen, Megan (Daniel) Forsythe, brother Father Don Przybylski, sister Susan (John) Durtschi, ex-wife Cynthia Howard, nieces Leah Durtschi and Andrea Polenz, and grandchildren Mason, Ava, Adelyn, Ellis, and Isla.

Born in Marshfield, WI on September 17, 1952, Gary was raised in Junction City, WI and attended Saint Michaels Catholic School. In 1970, he graduated from Pacelli High School in Stevens Point, WI, and remained to attend the UW of Stevens Point, later graduating with a BA in Communications. In 1981, he married Cynthia Howard, and together they were blessed with two daughters – Gary’s pride and joy. After his job with the Soo Line Railroad relocated them to Hudson, WI, Gary and Cynthia remained to raise their family.

An incredibly hard worker, Gary ended his 43-year career at the age of 60 retiring from the CP Railroad with great memories and even better friendships. He was a loyal Green Bay Packer and Badgers fan – a trait that couldn’t go missed when viewing his impressive collection of home décor – and was thrilled for the opportunity to attend the 2010 Superbowl and 2011 Rose Bowl. For fun, he loved to canoe, bike, camp, and listen to music. He was an avid traveler with an impressive travel list, which included Hawaii, Costa Rica, Alaska, Sweden, Norway, Russia, etc. He always looked forward to his annual Boundary Waters trip with best friend, Tom Opperman.

Gary was a loving brother, father, ‘papa’, and friend. His family was extremely important to him, and often the sole reason for his smile and laughter. He was compassionate, patient, and generous, and blessed those around him with his humor and kindness. He will be greatly missed.

A private funeral service will be held in September. 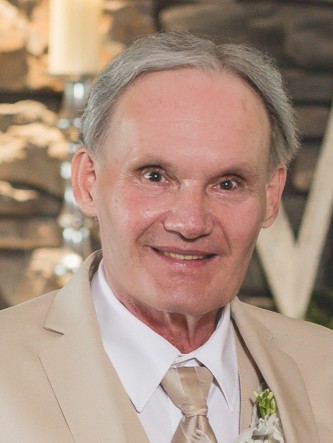