Gary Duane Anderson, age 82, of Houlton, Wisconsin passed away peacefully on Friday, July 15, 2022 at Lakeview Hospital in Stillwater, Minnesota. Gary was born at home on February 4, 1940 to Sidney and Emelia (Millie) Anderson in Bay City, Wisconsin. He was raised in Bay City, Wisconsin, graduating from Ellsworth High School. Gary was confirmed in the Bay City Lutheran Church and was a member of the First Baptist Church in Hudson.

Gary was truly a fun, loving man. He was the type of person that you could meet once and never forget. In his younger years he played softball for Andy’s Bar. As he got older, you could always find Gary at the golf course, bowling alley, or playing darts. He especially loved to spend time at the casino and traveling with his family or friends. All of his life he was a big animal lover, always had cockers and cats to spoil. Of course, living in Wisconsin it’s natural to be a big Green Bay Packer fan, however; he also was a Minnesota Twins fan. Gary was very proud of his five classic car collection which included his 64 ½ mustang convertible. Gary’s pride and joy in this world besides his family was his yard, you could find him outside making sure it was just perfect.

Gary worked various jobs in his life. His career started as an instructor at Twin Cities Bus Company in St. Paul, he then moved to Hudson where he owned and operated Hudson Taxi Service. Gary then shifted to the bar business where he owned Andy’s Bar in Hudson. After selling the bar he went to work for West Industries and was the night supervisor. Gary ended his career at Twin States Music where he was their Vice President, and could bring in his dog Willow to work with him every day. He proudly retired from Twin States Music at the age 79.

A service to honor and celebrate Gary’s life will be on Thursday, July 28, 2022 at the O’Connell Family Funeral Home in Hudson, Wisconsin. The service will begin at 4:00 p.m. with a visitation two hours prior to the service. 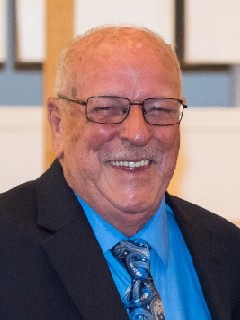