On September 7th, 2022, we lost an Icon. We say goodbye and Godspeed to Dr. Judith “Judy” Wilson, beloved daughter of Frederick “Col. Ted” Wilson & Helen Stroupe of Coshocton, Ohio and beloved sister to James F. Wilson. Born in Columbus Ohio on July 6th, 1936, Dr. Judy grew up with a quick wit, always a laugh and a smile for everyone. She had a go getter attitude, a fierce friend & defender of all animals, and had an incredible passion and talent for sports. The only thing she didn’t like was vegetables. In 1946, Dr. Judy (the army brat), traveled with her family to Germany at the end of WW2, as her father was a Colonel in the U.S. Army. She and her brother Teddy had numerous adventures in Demark, Switzerland and all over Germany, returning stateside in 1948 in the USST barracks ship Gen. Hugh J. Gaffey that sits in Pearl Harbor now. Dr. Judy earned a bachelor’s degree from the Ohio State, master’s degree from University of Maryland and Ph.D. from Penn State. In 1969, Dr. Judy joined the University of Wisconsin, River Falls and played a key role in starting intercollegiate athletic competition for women at UW-River Falls. Nicknamed by her athletes as “Doc” Wilson, she virtually coached almost every woman’s sport at that time, including field hockey, tennis & track & field, bringing many a team to the top and was voted Coach of the Year numerous times. In 1993, she was induced into the UWRF Hall of Fame, continuing to serve as top women’s senior administrator for several years after. True to her independent spirit, Dr. Judy never married, but was a loving mother to numerous fur babies & a highly respected face on the dog show circuit, winning many a competition. Her “children” were her life: Heidi, Lisl, Barr, Rackie, Paige, Bullet, Widget, General & Skye. She was active in obedience, herding, flyball, scent hurdle, and the Animal Inn drill team that marched in parades and put on dog demonstrations throughout the years including the Minnesota State Fair. She taught obedience classes and helped so many dog owners through the years. On the invitation of the well-known Crufts Dog Show in UK, Judy joined the American Obedience Team and flew over to England with her dog Widget, who was a national champion and was her absolute pride and joy. And if that wasn’t enough, in the year 2000, she and a group of friends rode their bikes all over Scotland. Talk about energy! Dr. Judy had an incredible impact in forwarding women’s athletics, inspiring so many young female students to find their strengths, teaching them to lead by example, strive for excellence, be willing to put in the hard work and long hours, and get out and explore the world. In her quiet way, she worked behind the scenes to improve opportunities for women athletes locally at UWRF as a coach, women’s athletic director, and mentor, as well as state-wide in her groundbreaking efforts to help form the WWIAC conference. She got involved and crossed barriers because frankly, it was simply obvious to her that equality for women in athletics was a right and not a privilege. “Can’t” was not in her vocabulary. She in turn received so much love and support from the community of UW River Falls and her amazing circle of friends that among many include, Sue Watters, Phyllis Clark, Jan Tomlinson, Chuck and Sharon Anderson, and especially her friends through thick and thin, Jerry Vadnais & Belmar Gunderson. She leaves behind Niece, Sara Wilson-Koepf, Bruno Koepf, Nephew, Mike Wilson, Anita Wilson, Troy Wilson, Sydney Wilson residing in Southern California and Finn Koepf, residing in Vancouver Canada. “If you really want to fly, just harness your power to your passion.” Dr. Faye Perkins is organizing an informal gathering to celebrate Dr. Judy’s life on Wednesday, Sept. 29, at 4 p.m. at Junior’s Restaurant & Tap House, River Falls. All are welcome! In lieu of flowers, please donate via Paypal to Wisconsin Border Collie Rescue.com in Dr. Judy Wilson’s name. Cremation Services provided by Bakken-Young Funeral & Cremation Services. 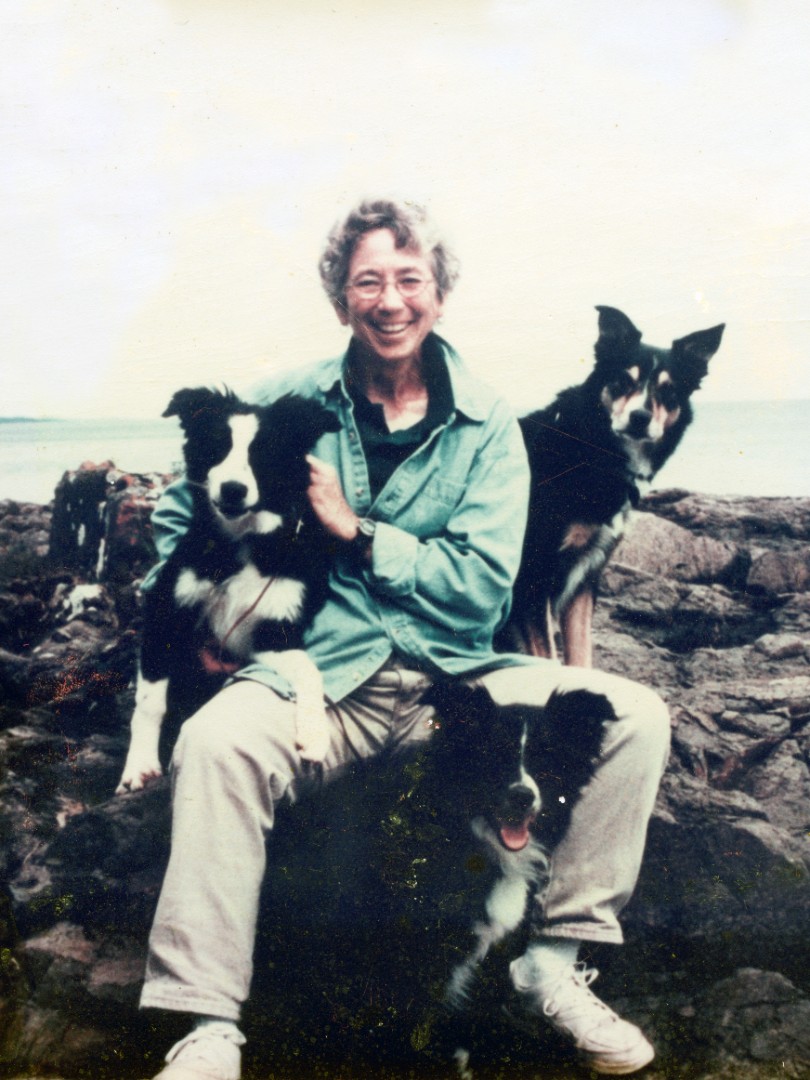