Brian married Susan Helen Weiss (Landry) in 1980 and had two children, Jon Weiss and Annie Johnson (Weiss). Susan died at a young age in 1986. In 1988, Brian married Lisa Ann Weiss (Rinehart) and had three children, Lucas Weiss, Breanna Emholtz (Weiss) and Abby Weiss. Both Brian and Lisa worked at the family grocery store, Dick’s Fresh Market for over 33 years. Where Brian prided himself on being a Department Manager and took the time for anyone that shared a smile and wanted to learn about the newest and best products.

Brian had the biggest heart, loved hard, gave a sense of warmth and cared about everyone. He truly was a big teddy bear with the best hugs.

He loved spending time with his family and friends, he enjoyed traveling, flea markets, sports, and watching the Packers, Brewers and Badgers. He took pride in putting up fences for many people. He refed at many middle school and high school sporting events with close friends. But most of all he lived his life to the fullest creating happiness, memories and magic that he shared with all!

A Celebration of Life for Brian Weiss will be on Saturday, November 27th from 9am until noon, at St. Bridget’s Catholic Church in River Falls. Mass of Christian Burial will follow at noon at church. Memorials are preferred for a River Falls High School football scholarship in remembrance of Brain. Funeral and cremation services have been entrusted to the O’Connell Family Funeral Home of River Falls 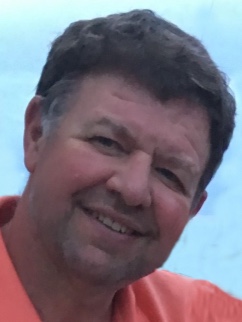