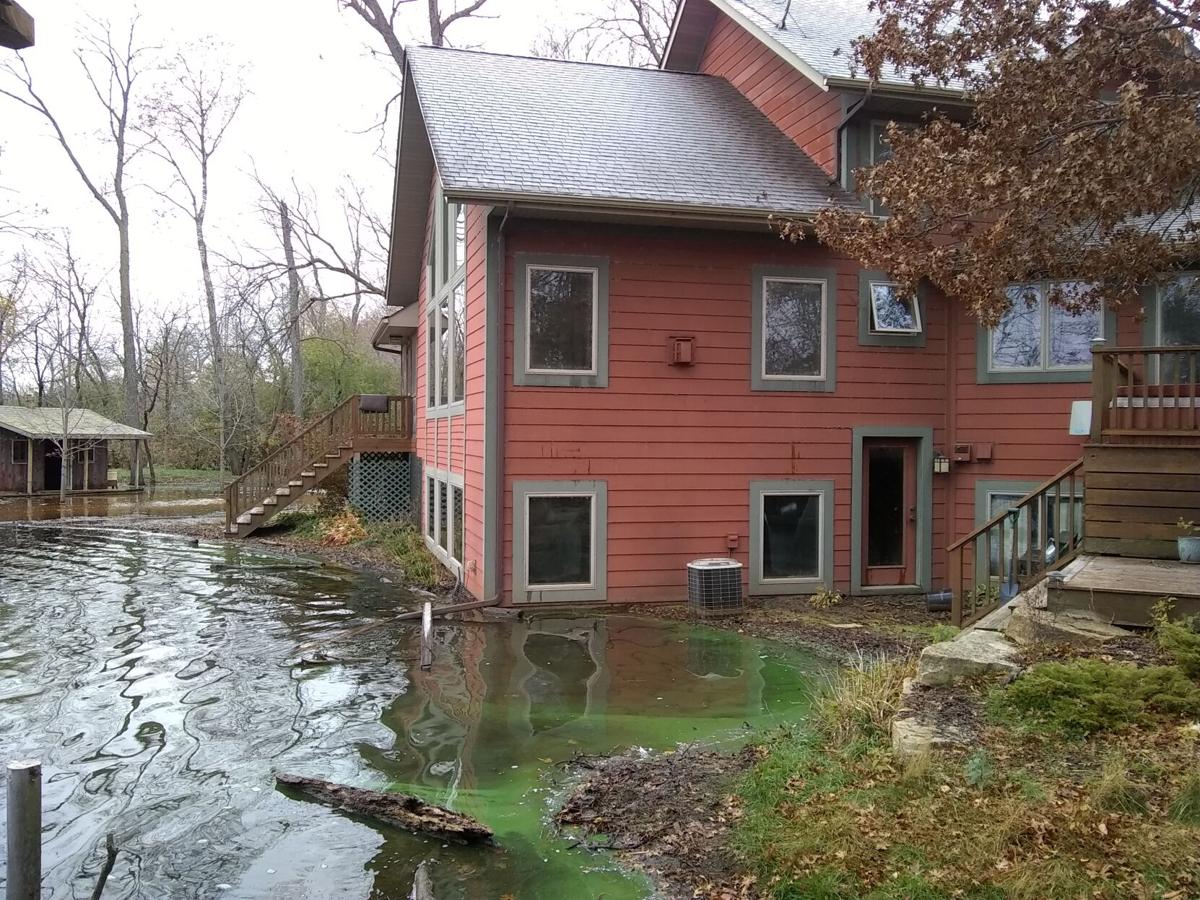 In September 2020, homes on 107th Street near Twin Lakes in St. Croix County were evacuated due to high water. Photo courtesy of Dan Funk 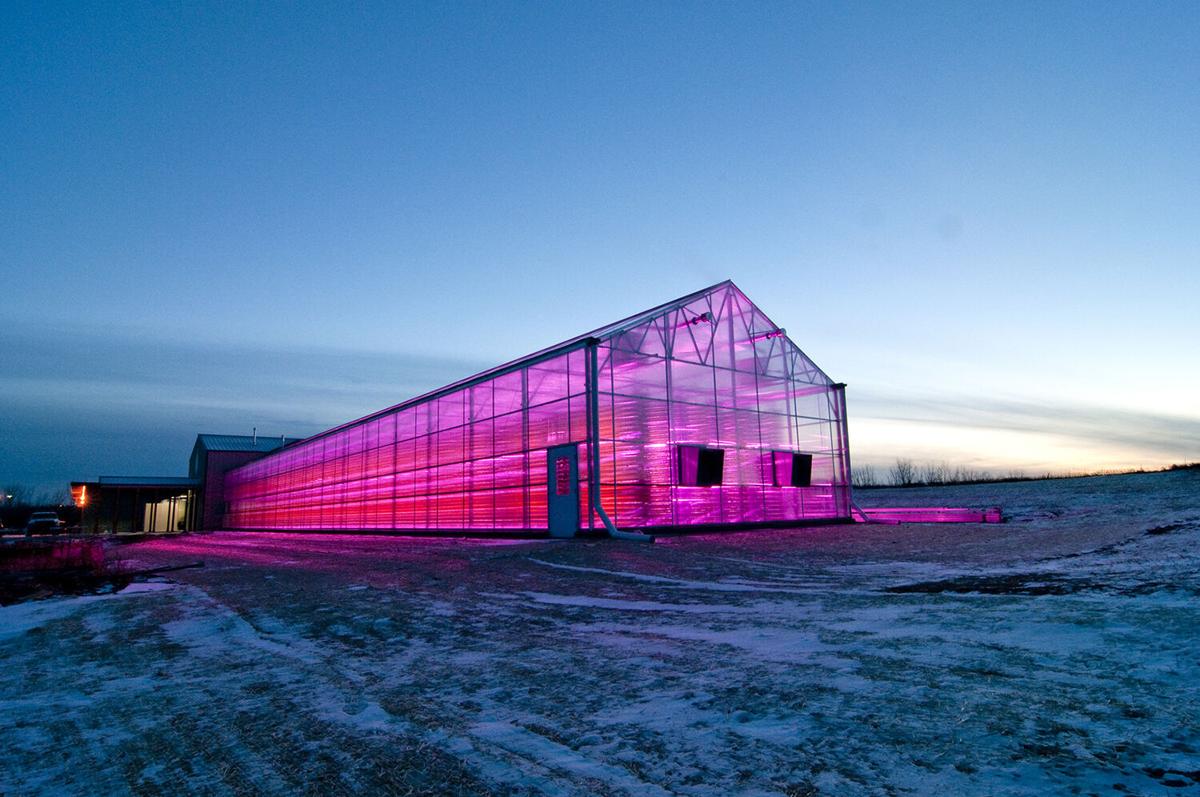 In September 2020, homes on 107th Street near Twin Lakes in St. Croix County were evacuated due to high water. Photo courtesy of Dan Funk

The Roberts Wastewater Treatment Plant remains at risk of flooding by 2026 without intervention. Nearby residents have potential plans, but say they await government response.

A brief history of Twin Lakes

Decades ago, Twin Lakes, located in the Town of Warren next to Roberts, was a hub for outdoor recreation. Occasionally, the Twin Lakes area would dry up, depending on the year, becoming a swampy wetland, which happened in 1962. It was decided then that the wastewater treatment plant in Roberts would begin discharging wastewater directly into the basin of Twin Lakes, said Dan Funk, an engineer and 20-year resident of Warren.

A study published by Short Elliott Hendrickson Inc. in 2020 found that between 1962 and 2019 Twin Lakes rose nearly 9 feet. In the early 2000s, there was a motion to revisit the treatment plant’s discharge into the lakes.

“Basically what they did is they decided essentially to kick the can down the road and hope for the best,” Funk said.

“Back in 2017, one of my neighbors came to my door and said, ‘We've got a problem. The lake looks like it's rising,’” Funk recalled.

When he bought his home on 107th Street, he was not near Twin Lakes.

“I noticed that the lake was starting to encroach on parts of 107th Street,” he said. “And so … my neighbors and I got together and we formed a group called Friends of Twin Lakes.”

Since its founding in 2017, Friends of Twin Lakes has been gathering once a month with a “common purpose to research and document the root causes of the flooding of Twin Lakes, and to advocate for a sustainable, long term management plan that is beneficial to residents in the Town of Warren, Village of Roberts, and surrounding communities,” as is stated on its website.

In 2018, Roberts officials worked with CLEARAS Water Recovery Inc. to install a new, algae-based water treatment system. This facility heightened the quality of water discharged into Twin Lakes, but did not change the amount.

“Right now, Twin Lakes is a little over 200 acres and it's the treatment facility is discharging 6 inches a year,” says Funk. “Basically 100,000 gallons a day.”

There is no current intervention to mitigate flooding.

“Approximately 50 million gallons of water would need to be pumped from the lake onto adjacent agricultural lands or into holding ponds to maintain the lake level, let alone lower it,” states the SEH study. Ultimately, without intervention, SEH estimates the new treatment site will be inundated in five years.

According to the SEH study, as early as next year 107th street, where Funk resides, could be submerged in flood water. However, these would not be the first homes to be inundated.

“Town of Warren residents Lenny and Dianne Triebold were forced to evacuate their home in September of 2020 due to the rising lake levels precipitated by the sustained discharge of wastewater from the Village of Roberts,” reads a story published on the Friends of Twin Lakes website earlier this month.

According to Funk, four homes have been lost to flooding thus far.

The SEH report described methods of pumping the water, meeting different lake level goals. In order to lower levels, SEH estimated over 1 million gallons of water would need to be pumped from the lake.

The unanswered question is: Where would the excess water be pumped to? Since the CLEARAS system provides a cleaner discharge and creates a product rich in nitrates and phosphates, a wider range of solutions are plausible.

Funk laid out a three step solution, taking into account his own research and the report from SEH:

1. Encourage area farmers to spray irrigate crops with water pumped from Twin Lakes. This is the only viable short-term solution to reduce lake levels.

2. Encourage the village of Roberts to apply for an alternate discharge site for the local plant.

3. Begin drawing down the level of Twin Lakes by pumping it through the Roberts WWTP Clearas system.

“My simple goal is to stay in my house,” Funk said After years of his own research and the research of engineering companies, like SEH, the solutions have been outlined, they’re just waiting on implementation.

Village of Roberts officials did not wish to comment for this article.