Skip to main content
You are the owner of this article.
Edit Article Add New Article
You have permission to edit this article.
Edit
Home
News
Sports
Obituaries
Business
Things To Do
Schools
Opinion
River Falls Journal FAQ
Submit News
Read More
Contact Us
1 of 3 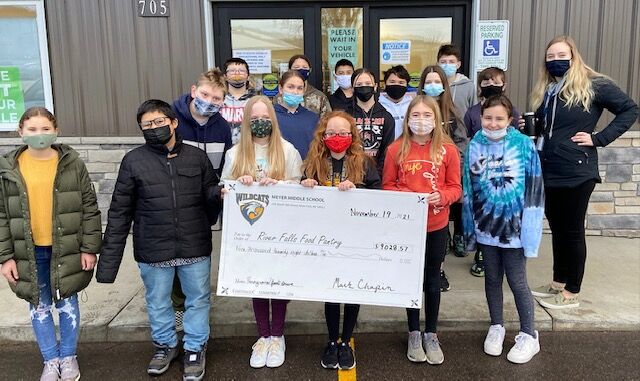 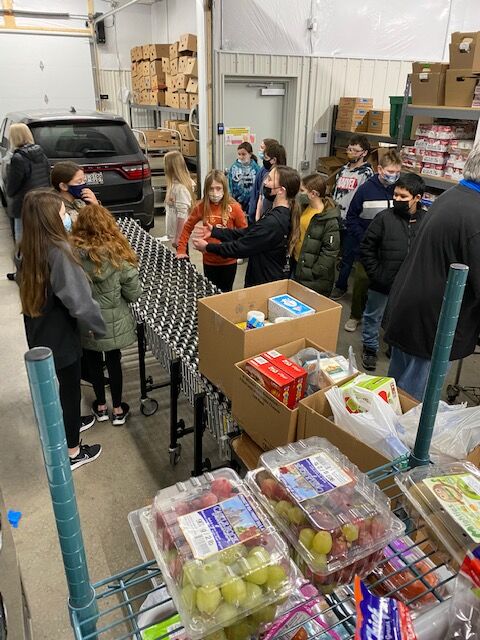 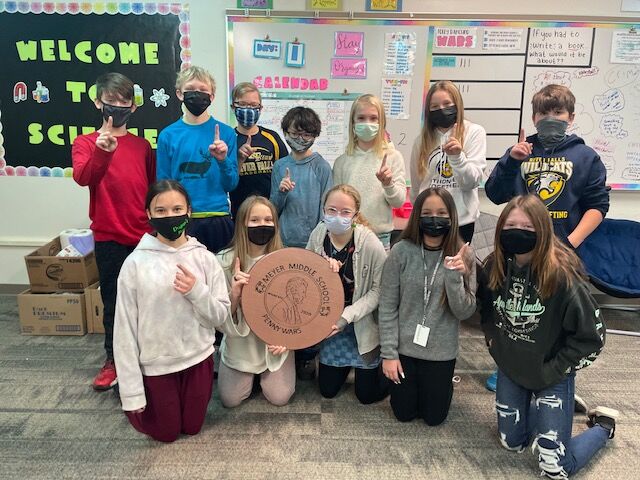 Meyer Middle School is no stranger to a successful fundraiser. During the last week before Thanksgiving break, Nov. 15-19, students and staff at the middle school competed to raise funds and food for the River Falls Area Food Pantry.

During the week of the Penny Wars, a jar sat in each of the teacher advisories. Meyer Middle School is divided into houses, organized by grade and each labeled with a color. The advisories competed against their house and grade level. Each morning from 7:15-7:40 a.m., students could drop money in the jars of their advisory or in the jars of their competition. The catch is that not all contributions are counted equally.

“The idea is to build up your own TA with pennies and checks for positive contributions, while knocking down competing TAs in your grade level house with negative contributions in the form of other coins or bills,” Aaron Boche, Meyer Middle School special education teacher, said.

To keep the competition sharp, totals are entered into a spreadsheet at the end of each day and the top three advisories from each house are posted before school each morning. This way students know what classrooms to “target” with nickels, dimes and dollars.

“It's pretty exciting to watch the numbers coming in in real time on the sheet,” Boche said. “The first part of the week is typically pretty slow, but Thursday and especially Friday is when things get crazy with the donations.”

After nine years of Penny Wars, the advisories seem to have figured out some successful strategies. Almost $7,000 of the total collected came in on Friday morning.

Once the final totals are calculated, the advisory from each grade level house with the most positive (or least negative) total wins. As a reward, they get to participate in a battleball (dodgeball) match-up between the houses.

“The staff also get involved and play alongside the students from whichever house they teach in, so it's a lot of fun to see the students have a chance to get after some teachers, too,” Boche said.

With COVID-19, the final celebration and battleball competition was held a bit differently. In previous years, the whole school would gather in the gym during the last period of the last day before Thanksgiving break. There would be a celebration of the individual winners but also a celebration of the total funds raised and the impact made by all the students.

However, this year, the games were split by grade level to avoid a large crown in the gym, but the students will still be rewarded for their extraordinary success of raising over $9,000.

“Despite the restrictions and hardships of the pandemic, last year as a school we collected just over a ton of food and over $8,250 dollars in five days,” Bocke said.

Jessica Olson’s 6 Blue teacher advisory was the top-earner in the whole school for the fourth year in a row, bringing in $1,242 alone, which is a record for any individual class by a long shot.

The advisory will have their name and donation total engraved on the oversized, travelling Penny Wars trophy that was created in the Meyer Middle School shop. It will be displayed until next year's Penny Wars.

In addition to gathering funds, advisories are encouraged to bring in food and personal care items for the pantry as well.

Sarah Luman's class was the overall leader with food donations. They were then charged with the responsibility of delivering the 1,170 pounds of food and personal care items to the food pantry as well as presenting the large check.

“The consensus from many of the teachers was that we weren't going to be able to touch last year's total numbers,” Boche said. “The TA teachers do a great job of getting the kids into it, getting them excited and into the competitive spirit for a good cause.”

Meyer Middle School, though competing against each other, teamed together to raise $9,028.57 for the food pantry. Over the nine years of this fundraiser, the total donated by students and staff at Meyer is nearly $56,000.