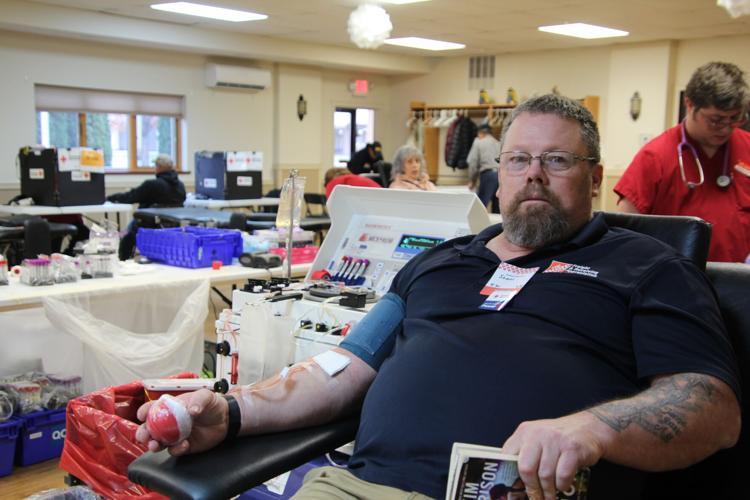 Donor Steve Bailey gets his blood drawn on Nov. 11. He has donated blood in the past and participated again this fall. Sam Fristed/Star-Observer. 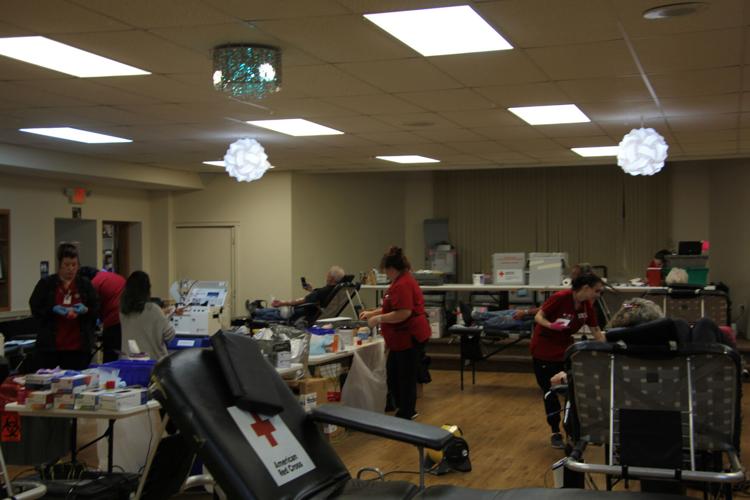 The River Fall Legion Post 121 held a blood drive on Nov. 10 and 11. Both days of the drive were significant. Nov. 10 was the 247th anniversary of the formation of the Marine Corps. Nov. 11 was Veterans Day. Sam Fristed/Star-Observer.

Both days of the drive were significant. Nov. 10 was the 247th anniversary of the formation of the Marine Corps. Nov. 11 was Veterans Day.

The Legion holds three drives a year, one every season except for winter. The fall drive is the most popular.

“We draw big numbers. Yesterday we had 86 donors and today we have 83 appointments,” Thomsen said.

The number of donors for the drive increases every year. Thomsen pointed out a certificate showing the Legion collected 472 units from three drives last year.

Pat Singel is a volunteer who helped organize the blood drive. A Vietnam veteran, he has been assisting at Legion drives for years.

Singel said the goal for the two day drive is 144 units. He said the Legion collected 170 units.

Judy Anderson is a volunteer who has been helping for five years. Her role is to call donors to schedule signups.

“I’ve filled both days with appointments. It’s good to see because I’m the only person calling,” she said with a smile.

The process to donate takes about one hour. Upon arriving at the Legion the donor completes registration paperwork. Once they are registered the donor talks privately with a nurse about their medical history.

“We ask the donor some health related questions to ensure they can donate and their blood would be healthy,” Thomsen said.

Once a donor is cleared they get called to a station to begin the “drawing process.” Nurses will draw the standard amount: one pint of blood.

“One pint can help save lives. It goes a long way,” Thompson said.

The drawing process takes about 10 minutes. Donors played on their phones, read books or chatted with nurses during the process.

Steve Bailey was one donor. He is a veteran who served 14 years in the Navy. His decision to donate was easy.

“I’ve always helped in the past. I knew I had to donate again,” he said.

Once the blood has been collected it gets sent to a Red Cross center where it gets processed. During processing blood cells get separated into different components. The most common component separated are red blood cells.

Once the components have been separated the blood gets stored before being distributed. The final step is transfusing the blood to a patient in need.

The entire process takes between three to five days.

Military members can be donors but a majority are community members who know each other. It was evident as many donors chatted amongst each other. Thomsen said seeing the comradery is a rewarding part of the job.

“Everyone knows everyone. It’s a community event. To hold on on Veterans Day makes it more special,” Thomsen said.

The next blood drive held at the Legion will be in the spring on March 9.