Skip to main content
You have permission to edit this article.
Edit
Home
Local News
Things To Do
Sports
Obituaries
Opinion
Classifieds
Preferred Business
Sponsored Content
OMGHired Local Jobs
About Us
Magazines
Advertise with Us
1 of 2 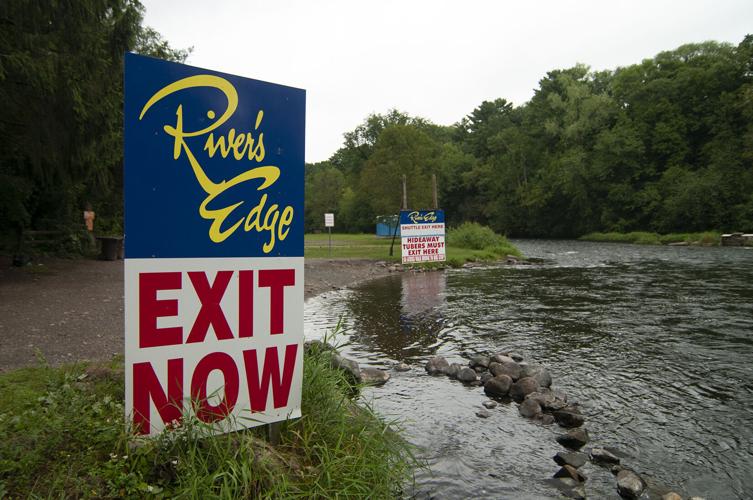 The suspect was identified by several witnesses and arrested by law enforcement without incident while attempting to exit the river at Village Park.

On July 30, 2022, 52-year-old Nicolae Miu, a mechanical engineer from Prior Lake, Minnesota, is alleged to have stabbed five people, killing 17-year-old Isaac Schuman and seriously injuring four other people while tubing on the Apple River upstream from the Highway 35/Highway 64 bridge in the Town of Somerset.

The suspect in multiple stabbings on the Apple River faces homicide charges in the death of a teen and wounding of four others July 30 was portrayed in a criminal complaint as both assailant and victim.

Nicolae Miu, the suspect in the July 30 fatal stabbing of one victim and wounding of four others on the Apple River, pleaded not guilty to all charges in St. Croix County Circuit Court, Thursday, Sept. 8.

A nine-page criminal complaint described law enforcement and EMS arriving at a chaotic scene and finding numerous victims with life threatening injuries scattered among fellow tubers on both sides of the river.

The complaint describes sheriff’s deputies identifying Miu with help from witnesses and then apprehending him without incident as he departed the river with his tubing party.

The deadly altercation began when Miu left his party and went back up river alone to supposedly search for a cell phone lost by another member of his party. During his search he encountered several different groups of tubers.

The complaint describes in detail a series of actions and reactions between Miu and the other groups of tuners that led to a fight and the ensuing milieu based on several key pieces of evidence including two pieces of video and a number of witness interviews.

In the complaint Miu stated that “everything happened so fast,” that he did not know why the group attacked him and that “It was self-defense.”

The element of alcohol is raised in the complaint though the extent to which it played a role in the altercation is yet to be revealed.

Citing the severity of the charges, Judge Michael Waterman set bail at $1,000,000 cash and remanded Miu to the St. Croix County Jail.

At the preliminary hearing on Sept. 2, Judge Waterman determined there was probable cause and set the date for arraignment for Sept. 8.

At his arraignment on Sept. 8, Nicolae Miu entered a “not guilty” plea to all of the charges.

Mui remains in custody at the St. Croix County jail.

Following an extension to receive testing information from the crime lab granted on Nov. 1, the defense filed a motion to suppress.

Judge Waterman is scheduled to rule on the motion to suppress on Feb. 9.

The Miu case drew national attention from media organizations including The New York Times, CNN, FOX News and Wisconsin Public Radio. It is likely to continue to do so particularly as the case progresses toward a trial.

Over its more than 80 year history, the Apple River tubing industry has at times been a bitterly divisive issue within the Village of Somerset pitting tubing businesses and other businesses that benefit from tourist dollars against village officials and landowners along the river.

The recurring theme at the heart of the disagreement is destructive behavior usually caused by the abuse of alcohol and drugs on the river and how to remedy the problems.

The efforts to resolve the problems have cost several village trustees their jobs in recent years.